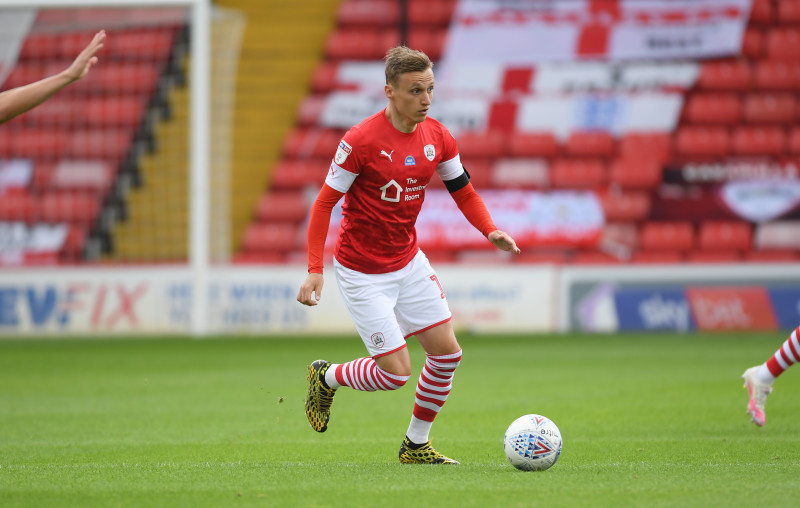 Marcel Ritzmaier admits he could have contributed more to Barnsley’s relegation fight but believes his last two performances have been much better.

The 27-year-old Austrian midfielder was brought to Oakwell in January from Wolfsberger where he had previously worked with head coach Gerhard Struber.

He has played 13 games and, after being criticised by Struber, has been pleased with his own performances against Luton and Wigan in the last week.

Ritzmaier told the Chronicle: “I expect more from myself and I know the manager does as well. I have spoken to him about it. I think, in the last two games, I have picked it up very well and had very good games. I need to keep this confidence now.

“Against Luton we scored after a corner then against Wigan my crosses were sometimes good, sometimes not good. “Hopefully I can keep putting in good crosses and the team can score more goals.”

Ritzmaier has played at left wing-back before moving into central midfield at the weekend.

“I prefer to play in midfield, that’s for sure. But I will play where the team needs me and wherever the manager tells me to play.”

“We still believe. They are three big games but we have nothing to lose so we can play with freedom. Leeds is a big name for our next game and we respect all the opponents but I am completely convinced we will get the points we need.”

Ritzmaier is contracted until 2022 but, asked if his long-term future was at Oakwell, he said: “I will worry about the next three games and hopefully we stay in the league then we look forward.”