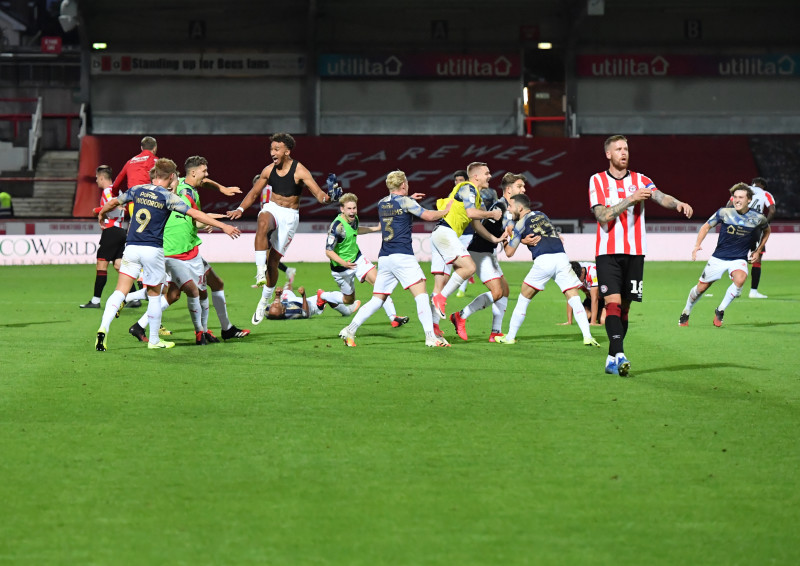 BACK STRUBER TO PUSH THEM ON IN FIRST FULL SEASON
The Reds seem convinced that not only will they be in the Championship next season – despite Wigan’s appeal against their points deduction – but also that their head coach will return to Oakwell next month after struggling with being so far away from his family in Salzburg.

The supporters must be very excited to see what Gerhard Struber can achieve in a full season but their concern now might be keeping the head coach who is understood to have been approached by Watford and other clubs. Should he stay, he is now presented with a set of new challenges, such as replacing departed coaches Matt Rose and Max Senft, keeping his star players and finding a consistency which eluded his team last season.

But the Reds massively benefited from four weeks with him on the training ground during lockdown and, after another such period before the new season starts in September, they should be even further advanced in ‘Struber style’. His points tally and impact on the side were both extremely impressive and, with a few important signings and no damaging departures, the Reds could find themselves well clear of the relegation battle if they continue the trajectory Struber started them on with 40 points from 30 games.

They were 12th in the table after he took over a side with very low confidence and who, although trained in ‘gegenpress football’, were not used to his specific style. Any doubters who questioned Struber’s positioning of Cauley Woodrow in midfield, his persistence with Marcel Ritzmaier and his late substitutions must surely have been converted by last week’s dramatic conclusion to an incredible survival story as well as his emotional post-match interview.

SEE HOW FAR THIS SIDE CAN GO BY KEEPING THEM TOGETHER
The main worry for fans, as in any transfer window, is that this side will be broken up just as it appears to have gelled and begun to realise its potential.

Dane Murphy insists there will be no sales of key players but supporters will be nervous until the window ‘slams shut’ in about ten weeks.  Cauley Woodrow and Conor Chaplin contributed more than half of the Reds’ league goals – 25 of 49 – and, despite goal droughts towards the end of the season, their impressive scoring tallies will have attracted attention.  Captain and Player of the Year Alex Mowatt is also thought to have admirers, as is young forward Jacob Brown.

The club rejected bids for Woodrow in January and more are expected, although it is unknown if – after the coronavirus crisis – rivals will have the sort of money that will tempt the Reds to part with their key players.  With the season starting on September 12 and the domestic transfer window staying open until October 16, Barnsley’s players will essentially be in the shop window for five weeks.

If any of them impress during that time, in which the Reds are likely to have seven or eight fixtures, then they could enhance their growing reputation and attract bids. Barnsley are a selling club and, after the lockdown hit them hard like every club, they may be tempted to accept offers if they meet their valuation for players.

But this feels more like the time to back Gerhard Struber and see how far he can take the current team with some extra additions.  Others may leave because they are not guaranteed regular football, such as, possibly, Toby Sibbick, Mike Bahre, Jordan Green and Cameron McGeehan.

LOOK FOR FULL-BACK DEPTH, BALL-WINNER AND TARGETMAN
If the Reds are able to hold on to all their stars, the three main types of player they should be looking at are: more depth in the full-back area, a ball-winning central midfielder and a targetman striker.

The two wing-backs who finished the season are loanee Kilian Ludewig – who they are hoping to bring back – and converted central midfielder Callum Styles. Jordan Williams, 20, is the only senior right-back at the club while Struber ended the season with both left-backs Ben Williams and Clarke Oduor on the bench.

In central midfield, finding a consistent partner for Alex Mowatt will be vital as the Reds must surely be looking for a defensive midfielder to win the ball alongside their captain and allow him to break forward.  They may already have the answer within their squad in Romal Palmer but he is unlikely to be fit for the start of the season and has only played three games in his career.

A tall, targetman striker is something Barnsley lacked badly after the sale of Kieffer Moore and they resorted to throwing on centre-back Aapo Halme up front in the run-in.  Another area is possibly an attacking midfielder to play just behind the strikers, so Cauley Woodrow can move further forward.

Also, they need to find players who can take consistently good set pieces either from within the squad or in the transfer market.  Struber likes to work with a small squad of just 20 outfield players but he will need to add strength in depth to make sure he can trust each of those 20 during a gruelling season.

The fact that the Championship is due to start five weeks later than initially scheduled, while it has been extended by just a week, means that at least one of the international breaks is likely to be sacrificed and two other rounds of midweek fixtures inserted.

The whole squad will be needed in that packed schedule so the Reds must make sure they have enough quality to deal with the required rotation and possible injuries. The five weeks between the first game and transfer deadline will also give Barnsley a chance to assess their squad, identify the weak areas and attempt to strengthen them.

STAY STABLE IN A DIVISION OF CLUBS PUSHED TO THE LIMIT
The Reds have suffered during this crisis but the £7million earned from last week’s survival is likely to help them significantly.  Their relatively modest spending in recent years and the balancing of books, often by selling key players, might mean they are better equipped than some to survive the financial aftershocks of Covid-19.  Championship clubs spend – according to a recent report by Deloitte – 107 per cent of their earnings of wages on average.

Although many clubs put players and staff on furlough for months in lockdown, the loss of matchday, sponsorship and television income will have had a major impact. It is not ideal to profit from other clubs’ misfortune, and Barnsley fans will remember being one of the principal victims of the 2002 crisis after ITV Digital collapsed, but that may be what happens if rivals teeter on the financial precipice or reduce their budgets.

The points deductions the Reds campaigned so strongly for Sheffield Wednesday and Derby County to be given this season, may now actually benefit them more next season.  The tightening of belts may also mean that the Reds do not receive the type of bids for their key players which could persuade them to sell.

LEARN FROM MISTAKES MADE IN THE TRANSFER MARKET
The last time Barnsley produced a ‘great escape’, they did not learn from the mistakes in the transfer market that got them into trouble.  After keeping the Reds up in dramatic fashion in 2013, David Flitcroft continued the years-long tradition of recruiting Championship journeyman struggling for gametime elsewhere with the likes of Peter Ramage, David Fox and Mike Pollitt.

He was sacked in November and Barnsley’s eight-year stint in the second tier ended the following April.  That relegation began an obsession with developing young players but, following an even more unlikely survival, they need to tweak their recruitment policy this simmer.  Last year they did not bring in enough experience, having sold key players, and would have paid the price if not for Gerhard Struber, some excellent late-season performances and Wigan’s 12-point deduction.

The January arrival of Michael Sollbauer hinted that they may be willing to compromise and recruit older heads, but Dane Murphy’s interview this week suggests that may not be the case. The chief executive is right to say that Sollbauer’s character was the key rather than just his age, but one often follows the other.  It is vital that Barnsley do not recruit only very inexperienced players again.  At least one new signing should be aged 25 to 30 with hundreds of games.