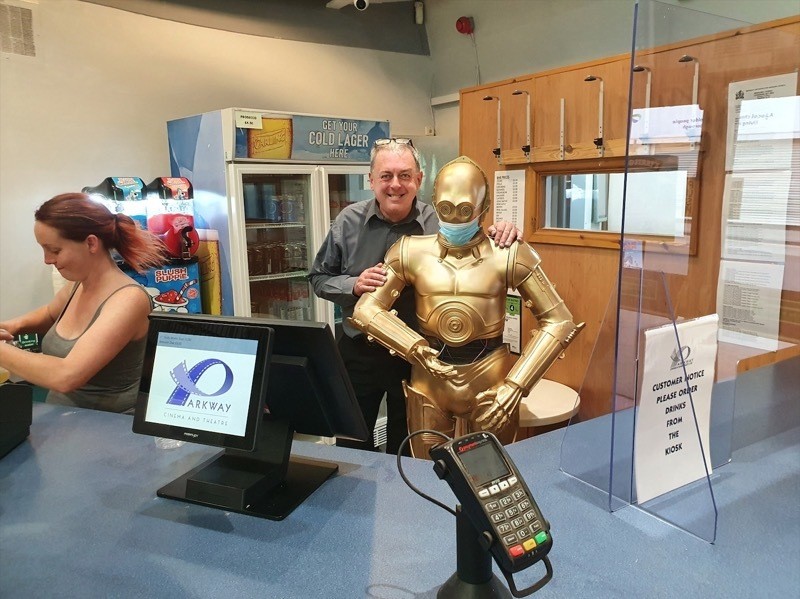 THE Empire struck back as a local independent cinema reopened its doors for the first time since the coronavirus outbreak.

On the 100th anniversary of the first time films were shown on the site, Parkway Cinema on Eldon Street reopened on Friday after closing in March.

Owner Rob Younger chose the second entry of the Star Wars series - The Empire Strikes Back - as the first film that would be shown, not only to commemorate the sci-fi action epic’s 40th anniversary, but also as a nod to the cinema’s moniker at the turn of the 20th century.

Flanked by stormtroopers and other members of the film’s cast, Rob introduced the screening and updated the audience on events at Parkway over the lockdown months.

“I remember showing it as a lad here in the early 80s before I left to go on to do other things.

“This site used to be called the Empire Theatre, and in 1920 it went into cinema and started showing films.

“So we thought it’d be nice to celebrate 100 years of films being showed on the site. It just fits doesn’t it? The Empire, striking back.

“It was also 13 years to the day we reopened the cinema after Odeon closed it down. The stars all aligned.

”We wanted to make an event of it, something special, and it was really well-received.

“They’re interesting times, but we’re all working differently at the minute.

The cinema will now be showing classic films - which Rob suggested could be voted on by customers - as well as the more limited calendar of films which haven’t been pulled from release due to the pandemic.