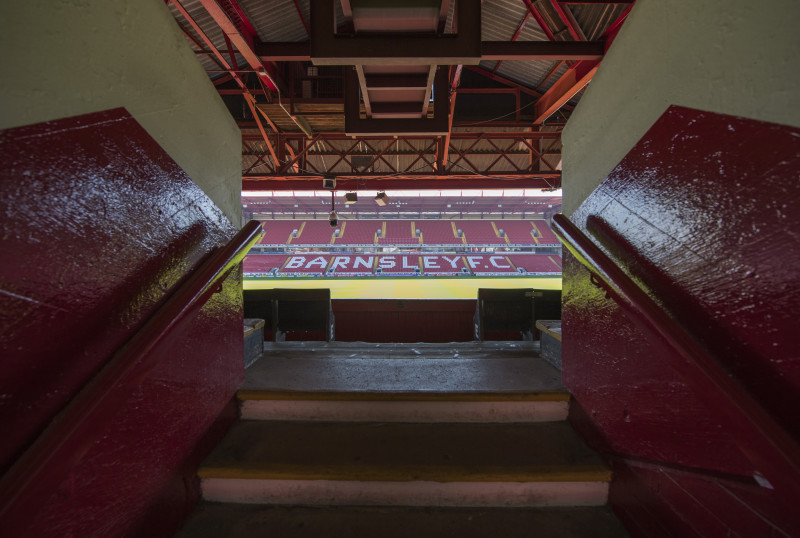 The Cryne family have launched a legal case against Barnsley Football Club’s majority owners, say the Reds in an explosive club statement.
Patrick Cryne owned the club for more than a decade before selling to a consortium headed by Chien Lee and Paul Conway in 2017, while his son James still owns 20 per cent of the club and works at Oakwell in the recruitment department.

The Reds claim that the Cryne family will not part with their half of Oakwell as agreed in the initial deal and have rejected ‘a variety of proposals’ from the current owners.
It is claimed that the Crynes have now filed a claim of £2.75million against the club who intend to ‘vigorously defend’ itself and ‘aggressively prosecute the club’s own claims by whatever means necessary and in the strongest possible terms.’

Sources at Oakwell have insisted to the Chronicle that the legal battle will not impact Barnsley's future or their plans for the new season.
The current owners believed they had an option to buy 50 per cent of Oakwell owned by the family. The other half is owned by Barnsley Council. In a statement, the club says they – through their company BFC Investment Company Limited – exercised that option in January this year and  'deposited a significant amount of new capital in escrow as part of completing the transaction and to make a new significant investment in the club in the following week.’
The club claim that, the following week, they were informed by the Cryne family that 'another party had sought to enforce their own option to purchase Oakwell, which had been in existence for some time and long before the investment in 2017.’

The statement adds: "This came as a shock to the club as the purchase of Oakwell formed a significant part of the original investment and was vital to ensuring the long-term stability of the club. Furthermore, the option was granted in the context of incentive consideration being paid to the Cryne Family, of which £750,000 was paid to the Cryne Family through January 27. The club would never have agreed to the incentive consideration being payable to the Cryne Family, if the purchase of 50% of Oakwell could not be achieved.”
The statement also says: "The Club has had a hard battle on and off the field in the last six months.  It has fought through COVID-19, governance issues in the EFL and tough opponents on the field to remain in the Championship.
"The club will continue to fight these battles in the interests of its supporters and its long-term future by all means necessary. Since investing in the Club in 2017, the new investors have not withdrawn £1 from the club and received no compensation as board members. The club want to reassure our supporters that we will fight this litigation and continue to grow the club in a proper way.”