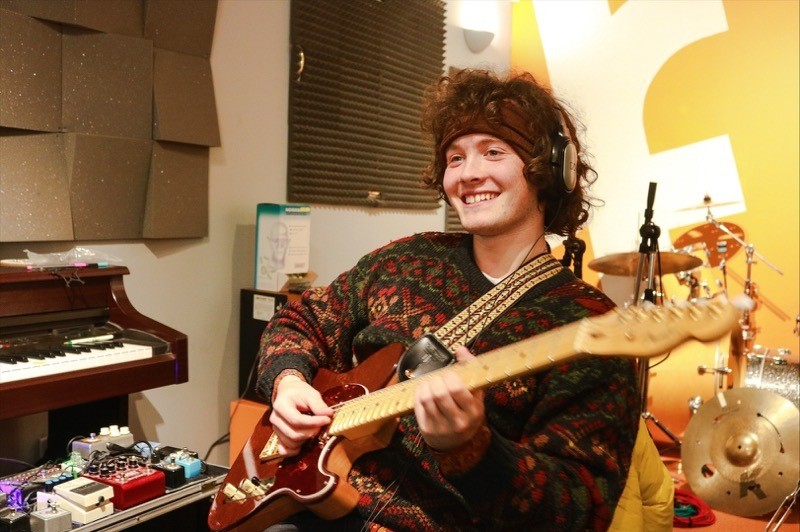 TOM Masters is as excited as he is relieved to finally release his latest single - after lockdown forced a delay in its creation.

The project was halted by the coronavirus pandemic, which put paid to any studio time - but once he could get back to it, Tom said the finished track came together quickly.

“I got the song to a point where it was pretty much done just as lockdown started, and then we couldn’t get into the studio so I’ve been sat on it since March,” said Tom, 22.

“My last single seemed to take a bit longer, but this one came together more naturally.

“I’m massively excited. I’ve been wanting to release more music so much sooner than August.”

The song delves into a relationship that goes south - although Tom happily notes it’s not autobiographical - as two lovers realise they need to go their ‘separate ways’.

“The idea of a relationship ending is typically quite bleak and negative, but I wanted to put a more optimistic spin on that,” said the songwriter.

“You see people and friends in relationships that clearly aren’t working - maybe subconsciously I was witnessing that.”

As with his debut, Tom worked in the home studio of Barnsley Youth Choir accompanist Rob Cooper.

“Rob brings my ideas to life but also contributes his own ideas as well,” he said. “We’ve got quite a good dynamic now.

“I’ve definitely learnt more about the recording side with Rob and how every instrument fits into the mix.

“The first time, I was going in blind but I’m learning how to get people listening to my music.”

The musician said he ‘already knows’ the song he’ll be releasing next as he hopes to put out two more singles by the end of the year.