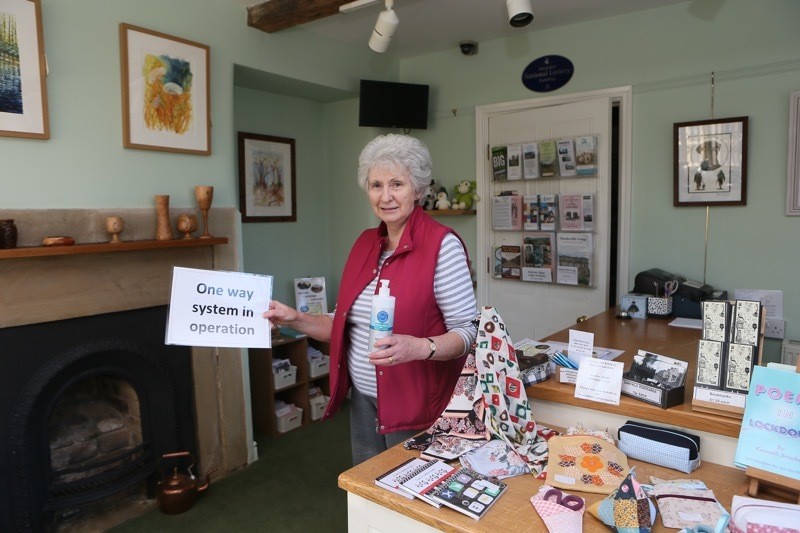 A POPULAR Barnsley museum will reopen for the first time since lockdown tomorrow.

And Hilary Marsden, one of the 20-strong team of volunteers who run the Maurice Dobson Museum and Heritage Centre at Darfield, said it’s great to be back.

The museum, on Vicar Street, which tells the story of both Darfield and its people, is celebrating its 20th anniversary and is fresh from renovation work carried out during the coronavirus-enforced closure.

During an era when homosexuality was illegal, he and partner Fred Halliday lived as an openly gay couple above the corner shop they ran in the village.

The pair were not just accepted but celebrated by their community, and when Maurice died, two years after Fred, in 1990, he bequeathed both the premises and an extensive collection of antiques and artefacts including Royal Doulton and locally-produced Rockingham plates to Barnsley Council.

The museum opened in 2000 after a restoration of Maurice and Fred’s former shop and home funded by the National Lottery and European sources.

It is run by volunteers from the Darfield Area Amenity Society and as well as exhibiting work by local artists, boasts a cafe, shop and outdoor area.

Well-known poet, Chronicle columnist, Darfield resident and museum volunteer Ian McMillan, who memorably described Maurice as ‘a gay, cross-dressing ex-Gordon Highlander’, is due to be present at tomorrow’s reopening, and Hilary said: “We’re looking forward to being able to welcome the public for the first time since March.

“The lockdown has been both worrying and frustrating, but if there is a positive, it’s that we’ve been able to undertake necessary damp-proofing work in the shop.

“There are obviously certain guidelines in place and people may have to be a little patient, but other than that it’s business as usual, and it’s great to be back.”