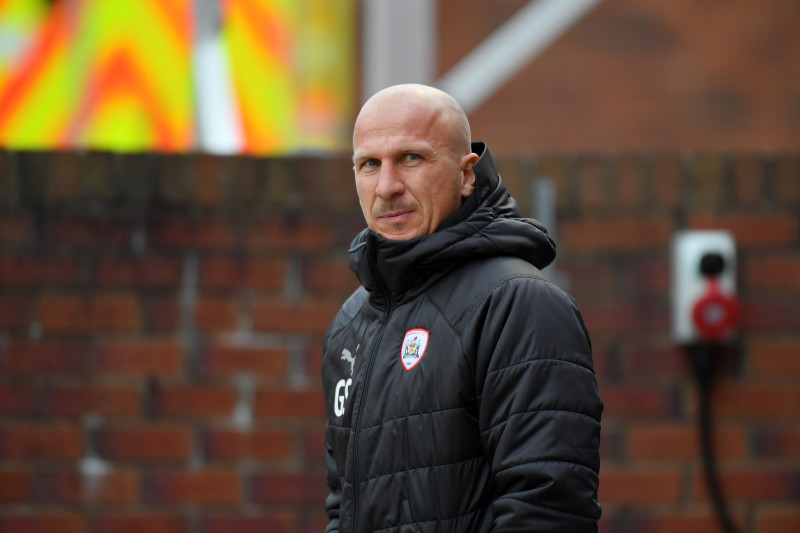 But speculation linking the Oakwell boss with a move to American club New York Red Bulls refuses to go away.

The Reds' goal drought in league games this season continued as they drew 0-0 at home to Coventry City.

Speaking after his side claimed their first point three matches into the Championship campaign, Struber said: "Right now my focus and concentration is on my boys. I am the head coach here and I have the responsibility."

The Austrian, who guided Barnsley to an against-the-odds escape from relegation last season, has a buy-out clause in his contract and was linked with Watford over the close-season before the Hertfordshire club appointed the Serbian Vladimir Ivic.

Struber remained guarded on any potential departure as he added: "Many people around me and in the media write about interest from other clubs. This is not a new one."

Barnsley are one of three second-tier teams alongside Nottingham Forest and Wycombe who have yet to net.

Struber added: "We had good chances but we can't score at the moment and some new players can help us.

"You can see in the last few games that we need reinforcements, especially a new striker.

"We need a big conviction when we have the chance to score goals and this is our big topic.

"At the moment, we do not find the right balance or smart positions where we can score goals.

"We are in exchange with some new players who can help us."