Girl, 12, told to take own life via phone app 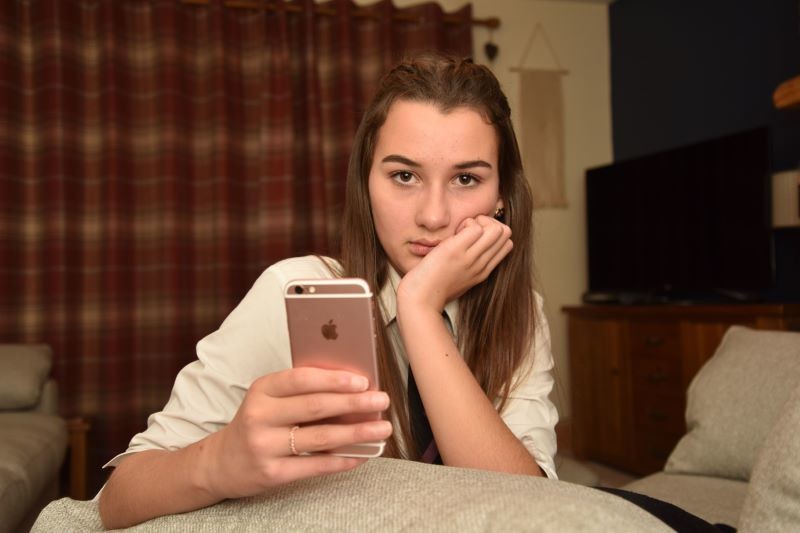 A GIRL aged 12, repeatedly encouraged to kill herself via a smart phone app, is on a mission to educate children and parents about the dangers of the latest craze of anonymous messaging apps.

Mum Claire Sentinella said it was heartbreaking to read messages sent to her daughter Isabelle Vickers via the app Sarahah, which included ‘hope you die’, ‘I heard you used to self harm attention seeking slut hope you do it again’ and ‘Didn’t you slit your wrists ages ago? Plz do it again’.

Others were filled with the worst foul language, insults, and some with racist elements telling Isabelle she looked ‘Chinese’.

“It’s an app she was peer-pressured into using,” said Claire, who works as a midwife.

“Everyone at school has it, apparently it’s the latest ‘in thing’.

“It’s almost like you get picked on for not using it.”

Isabelle, a pupil at Penistone Grammar, is not allowed on Facebook but does have social media accounts including Instagram, which Claire monitors carefully and talks to Isabelle about.

But she said she had no idea her daughter was using Sarahah, which lets people send messages which are anonymous and untraceable. The app also links to her other social media accounts, meaning people can send her messages through it in relation to pictures she posts of herself elsewhere - for example showing her latest clothes or makeup.

“It’s only after she’s talked to me about receiving all these horrible messages that this has come to light,” said Claire, of South Road, Dodworth.

“These messages are completely anonymous, there’s no names, phone numbers, email addresses, no way at all of knowing who they’ve come from, or contacting them.

“They talk about her self harming before. She’s never self-harmed. It’s just abuse.

“She’s actually quite headstrong, it’s not something she’d have ever gone through with. But not everybody is headstrong.”

Isabelle’s reaction has been to delete the app - after saving images of all the messages she received - and now wants to spread the word about the dangers of the app in the hope of protecting other young people who might receive similar messages.

“I think the schools needs to do something about it. They are allowed phones at school and I’m sure they could talk to them about these sorts of apps. They should ban them.

“Isabelle did raise it at school with her student support officer, but was just told to delete the app and forget about it.

“We need to educate people - especially parents I think - about what their kids are doing online. Isabelle really wants to let people know about this.

“Thankfully she hasn’t listened to these horrendous messages on this awful app, but other young people can access it quite easily,” said Claire.

Adam Gillett, Penistone Grammar School’s director of inclusion, said all pupils using Sarahah or other anonymous messaging apps are advised to delete them.

“We were aware of the incident involving Isabelle and took immediate action to support her.

“We do take an incredibly strong stance against bullying. While it is difficult to identify the perpetrators using apps anonymously we do follow up all incidents like this and deal with them in line with out rigorous anti bullying policy.”

He added that rigorous work was done to help tackle bullying and to educate pupils on how to stay safe online, including regular work in assemblies.

Sarahah loosely translates as ‘honesty’ in Arabic. The app’s website says: “Sarahah helps you in discovering your strengths and areas for improvement by receiving honest feedback from your employees and your friends in a private manner.

“Sarahah won’t disclose the identity of the logged-in senders to users except with their consent.”