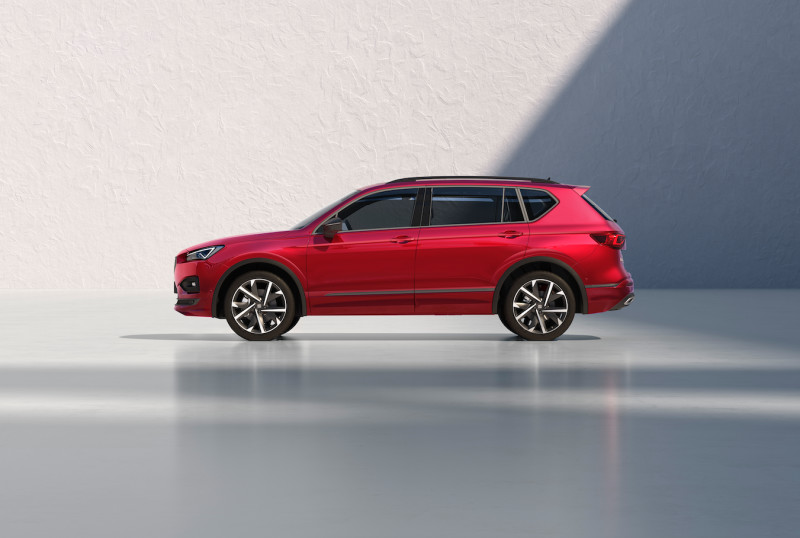 IF I’d received a Seat Tarraco several years ago, I’d have scoffed at its family-friendly traits and probably come to the rapid conclusion - incorrect, I now hasten to add - that it was a boring creation that was about as appealing to me as watching Keeping Up With The Kardashians.

Then fatherhood happened. The life-changing impact of having a child - a tiny bundle of joy who somehow requires more additional equipment on mundane journeys than a fully-grown adult - and big boots, roomy interiors and jacked-up ride heights all made sense.

The boot is the most important part of a family car as it has to be large enough to swallow a pram, toys, perhaps a bike and the week’s shopping. The interior has to be nice enough for you to spend considerable amounts of time in as, when your child gets older, you’ll be driving here, there and everywhere to keep the growing youngster happy.

Second to the boot’s importance is the vehicle’s ride height - having a low-slung car is pointless as your back will creak, protest with pangs of pain days later and no doubt remind you of your stupidity in choosing a wholly inappropriate family car in years to come when you’re crouching down to put your child into his or her seat. It’s imperative the task is as easy as possible - I once had a Toyota GT86 in for review and lost count the amount of times I banged my head on its low roof when squeezing my son through the postbox-like gap into the claustrophobic rear.

So, as years go by and your priorities change, it’s not hard to be impressed by just how capable the Tarraco - Seat’s largest of its three-SUV line-up - thanks to its seven-seat layout, quality interior and child-friendly ride height.

Outside, you’ll be happy with its handsome looks, too. It’s a hard task to design something appealing to the eyes in this sector but Seat nailed it - the front is similar to a Leon on stilts and the rear end is helped massively by the striking reflector that brings back memories of Porsche 911 Carrera 4Ss.

Our test car - which features the 1.5-litre turbocharged petrol unit - has a manual gearbox and, in truth, it could do with the brilliant DSG ‘box instead. Cars this size just don’t lend themselves to having manuals, I believe, so a semi-auto would improve things immeasurably.

Aside from that minor gripe, the car belies its height when driving and although it’s never going to be a thrill-a-minute experience when behind the wheel, it does everything well and body roll - a constant bugbear of mine with SUVs - doesn’t show its ugly head. The engine’s a little coarse but its 148bhp is enough, but I’d plump for the 178bhp diesel.

Have a snoop in the back and you’ll see there’s loads of headroom - even with the panoramic glass roof on higher-spec models, which eats into cabin space - and the second row of seats slide and recline, creating more room for third-row passengers.

Max bootspace with the third row folded is 700 litres, a useful 70 litres more than a seven-seat Skoda Kodiaq but with seven seats up, there’s room for a few soft bags but not much else.

How things change, eh. A car I’d once moan about, but one which I now fully see the point - and benefits - of completely. For a sniff under £30,000, it’s most definitely worth a look.