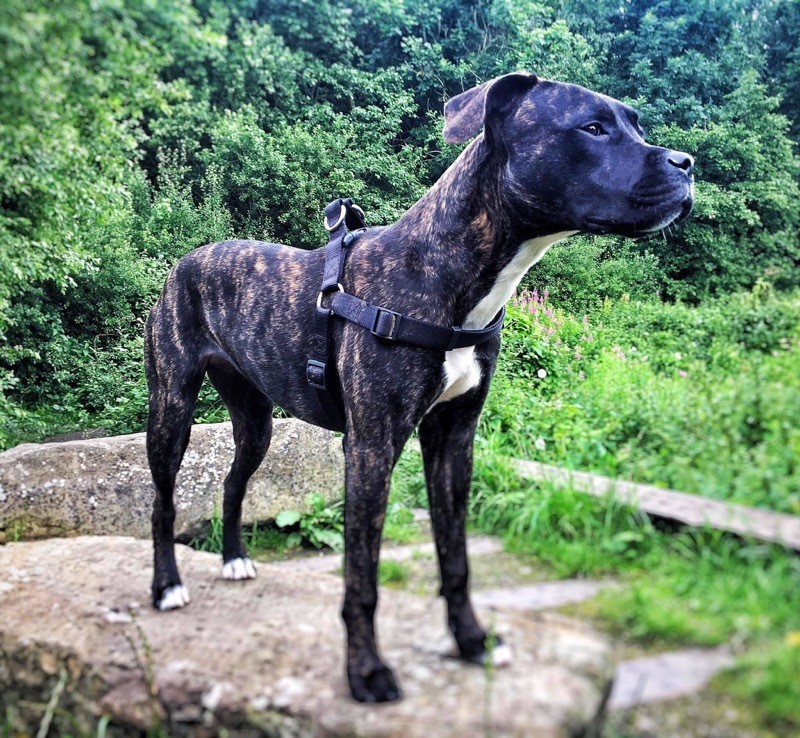 THE owner of a Carlton pet store is appealing for dog lovers to be wary after a puppy died and others were taken seriously ill following visits to Royston and Brierley parks.

Last weekend a number of dogs across the borough required treatment after chew sticks were allegedly spread, reportedly dowsed in poison.

A nine-month-old puppy died following a visit to one of the parks, with two spaniels also taken ill after roaming Brierley park.

Dave Taylor, 49, the owner of Dizzydogs on Carlton Road, told the Chronicle: “I shared the post on Facebook because I know a lot of our customers take their dogs on walks to Royston and Brierley park and it needed highlighting to raise awareness to them.

“Someone came into the shop whose dog had died and we also had another chap come in who had taken his dogs to Brierley and said there were dog chews planted all across the park with blue flakes on them, which signifies rat poison.

“Whatever it is, it’s poisoning dogs and something needs highlighting about it, it’s happening way too much and if it isn’t Royston then it’s somewhere else - it’s absolutely disgusting.”

Dave is hoping to meet with councillors in a bid to find a cost-effective way of keeping dogs in the area safe - whether it be cameras or a specific dog walking area.

“It needs policing that’s for sure - there should be a facility for dog owners to walk without having to worry about things like this,” he added.

“I’m going to try and arrange a meeting with a local councillor to see if there’s some sort of land that we can find where dogs can be walked safely.

“As a dog owner myself I feel so strongly about it, supplying people with supplies for their pets I can see how frequent things like this happen - it’s horrific.

“If a person is willing to poison animals, what else are they willing to do?”