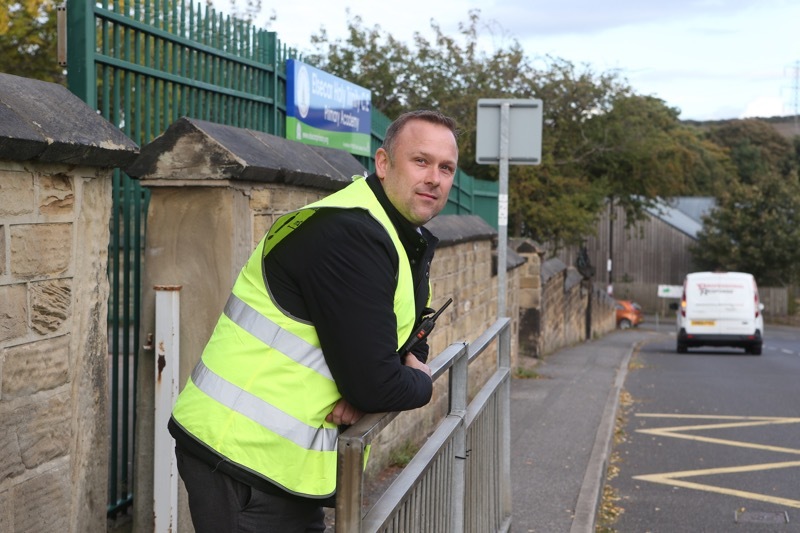 A HEADTEACHER who put his own life at risk to save a toddler who unwittingly ran out into oncoming traffic has been hailed a hero by staff and parents at his school.

Steve Silverwood, 41, has been the headteacher at Elsecar Holy Trinity Primary Academy for four years but last Friday may just have been his most important task in that time.

After school had finished, Steve was stood at the gates with some parents of pupils speaking about how the school’s dealing with coronavirus and how the kids have settled back into the ‘new normal’ of their education.

While in conversation, he noticed a sibling of a pupil - a toddler believed to be around three years old - running into the path of traffic outside the school gates.

The 41-year-old put his own life in danger to save the young girl - an act that has seen an outpour of thanks this week.

Steve downplayed his actions with the old cliché ‘it’s just what you do’, but 36-year old Natalie Brown, a parent at the school believes that Steve’s bravery deserves some recognition.

She told the Chronicle: “The young girl, who’s a sibling of one of the school’s pupils, just ran into oncoming traffic - the speed limit there is 30mph.

“I’ve never seen anything like it before, Mr Silverwood leapt and put himself in the line of the car and swooped her over his shoulder, almost like a fireman’s lift - the car must have missed her by a few centimetres.

“What he did was so heroic, he acted so quickly and if he didn’t it could have been a lot worse - he saved her life and I think that’s something that deserves recognition.

“With everything that’s currently going on at the minute, I think that some positivity is needed for everyone and this is certainly it.”

The school focus heavily on road safety with their pupils, and with a busy road directly outside the school gates, Steve believes it’s exactly what they should be doing.

He said: “We always have a member of staff at the gates at drop-off and pick-up times to make sure everyone is safe and on this occasion a little girl ran out of the playground because she was playing with her mum, but she had her hood up and was heading towards the road.

“As she had her hood up she had tunnel vision so she couldn’t see that there was a car coming towards her, so I just jumped in and scooped her up.

“It’s just what you do in those situations - I didn’t think twice about picking her up.

“Road safety is one thing that we really do highlight here in school and it’s incidents like this that show its importance.”

Steve, who has since watched back the close call on CCTV, described the incident as ‘scary’ but is grateful with the support he has received since, both online and in person.

“I’ve had people getting in touch with me on Facebook and through emails, I’ve even had people messaging me about it that I haven’t spoke to in ages but I guess that’s the power of social media,” he added.

“We do have CCTV so when I watched it back it was quite scary, I’m glad I did notice the car but I don’t think the driver would have wanted me on his bonnet.”
Author: Jack Tolson