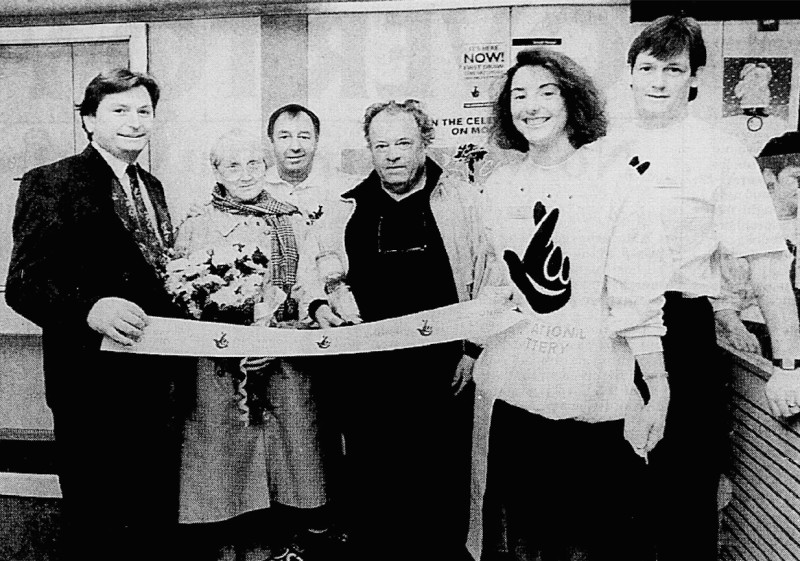 LOTTERY fever was sweeping Barnsley 23 years ago with the launch of the National Lottery - but there were a couple of big-money balls-ups along the way.

The National Lottery began in November 1994 with the first draw presented live on TV by Noel Edmonds.

The Post Office had even agreed to stay open late until 7pm to cope with the demand.

But at Penistone’s only National Lottery ticket outlet, GT News in Market Street, the ticket machine wasn’t working despite staff from organisers Camelot and BT engineers working day and night to connect it to the national system.

It certainly got a few people hot under the collar amid all the excitement about the life-changing sums on offer.

One shop worker told the Chronicle at the time: “People are threatening to sue us as if it is our fault.

“We are the only lottery shop in the area and people are not very happy when they think they will have to trail into Barnsley to get a ticket.”

There were problems in Barnsley town centre too. Haigh Bros in Midland Street didn’t even have a machine at all.

“We have got the tee-shirts, all the merchandising and the staff have all been trained, but there is one crucial ingredient missing — the machine,” said spokesman Sue Haigh.

“It is all a little frustrating to say the least,” she said.

Seven winners went on to share the first jackpot prize of £5,874,778, and there have been a number of significant winners from Barnsley over the years.

These days jackpots are often much greater than that first £5.8m prize due to the increased likelihood of a ‘rollover’ since the number of balls was increased. Only last Saturday one winner scooped just over £18m.

And looking back on that first jackpot prize of £5.8m - after adjusting for inflation, that sum is roughly equivalent to about £10.7m today.