Macy’s caring nature should be rewarded 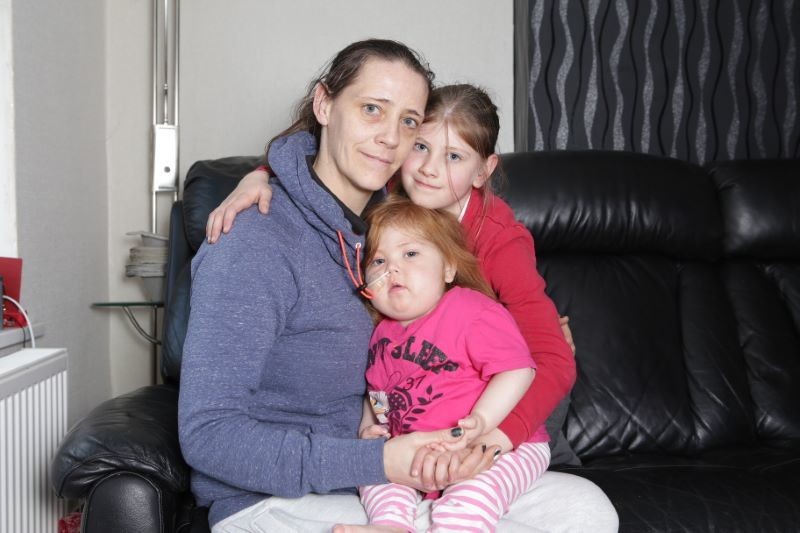 EIGHT-YEAR-OLD Macy Stocks would do anything for her little sister Jessie.

Jessie was diagnosed with Leukaemia in January 2016, and has spent much of her life in hospital.

Her big sister Macy helps her mum Mel look after Jessie, as well as playing with her and reading to her.

Macy even offered to be a bone marrow donor, but unfortunately wasn’t a match.

Now, her selflessness has seen her nominated for the Young Carer award in Children’s Champion awards.

Little things help Mel tremendously, such as making sure Jessie’s medicine tube is fitted correctly, helping her with her speech and language using specialist cards or getting some clean clothes when Jessie has been sick.

But Mel is acutely aware it comes at a price.

She said: “Macy gives up everything, she’s not a kid anymore. We can’t just go out to the park because Jessie has no immune system, and a cough or a cold can be really dangerous for Jessie. We can’t go to soft play areas or shopping, or on public transport.

“Macy went without a mum or sister for the 20 months we were in Sheffield Children’s Hospital and she has never once complained. She never moans, she just says she wishes it was her who was poorly instead of Jessie.”

Mel said she had been taking Macy roller skating, but they had not been for the last couple of weeks because of one thing and another. The family are waiting on the results of some bone marrow tests, to check there is no disease in Jessie’s bone marrow.

Mel added: “I think if Macy won this award, she would feel like it is something for her. “She would know that I appreciate everything she does.

“I think she would be over the moon.”