Derek’s back on the road 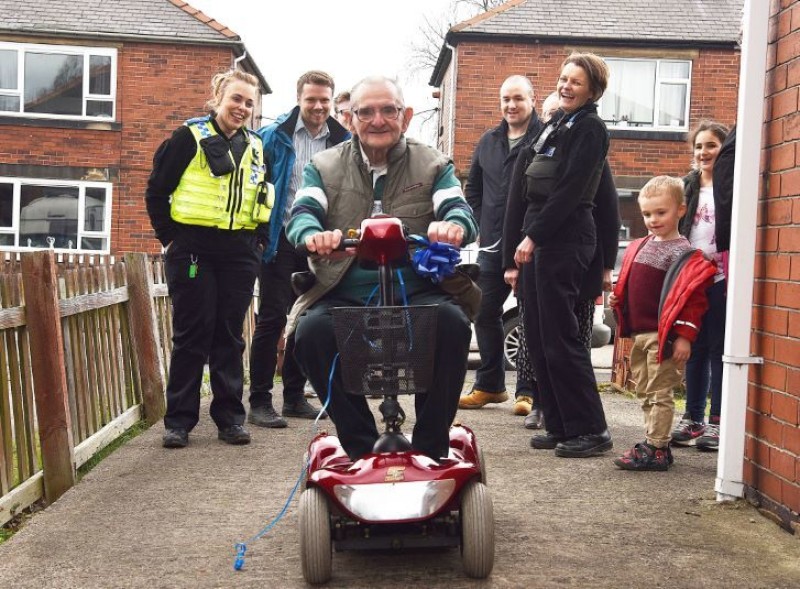 A 91-YEAR-OLD whose mobility scooter was stolen during a burglary at his home in Royston has been given his independence back - thanks to local police.

The garage at Derek Ridsdel’s home, at Calder Avenue, was broken into last month and when PCSOs Angela Pressland and Clare Peel went to his home, the pair were so moved they immediately embarked on a fundraising campaign to raise funds for a replacement scooter.

Bobbies from Royston police station chipped in £10 each, while donations from members of the public helped generate £200 to buy a new scooter, which was sourced from Swinton-based More Mobility, who even gave a discount, a warranty and two new batteries.

Angela said: “Derek was really knocked back by the burglary as he relied on the scooter to get to the shops.”

Although Derek’s family were made aware of the police’s operation to get him back on a scooter, he was kept in the dark - until they surprised him with his new wheels last Thursday.

“He was speechless but really chuffed,” Angela added. “He had tried to walk to the local shops while he was without a scooter and had to stop several times on the way, so he really does need it.”