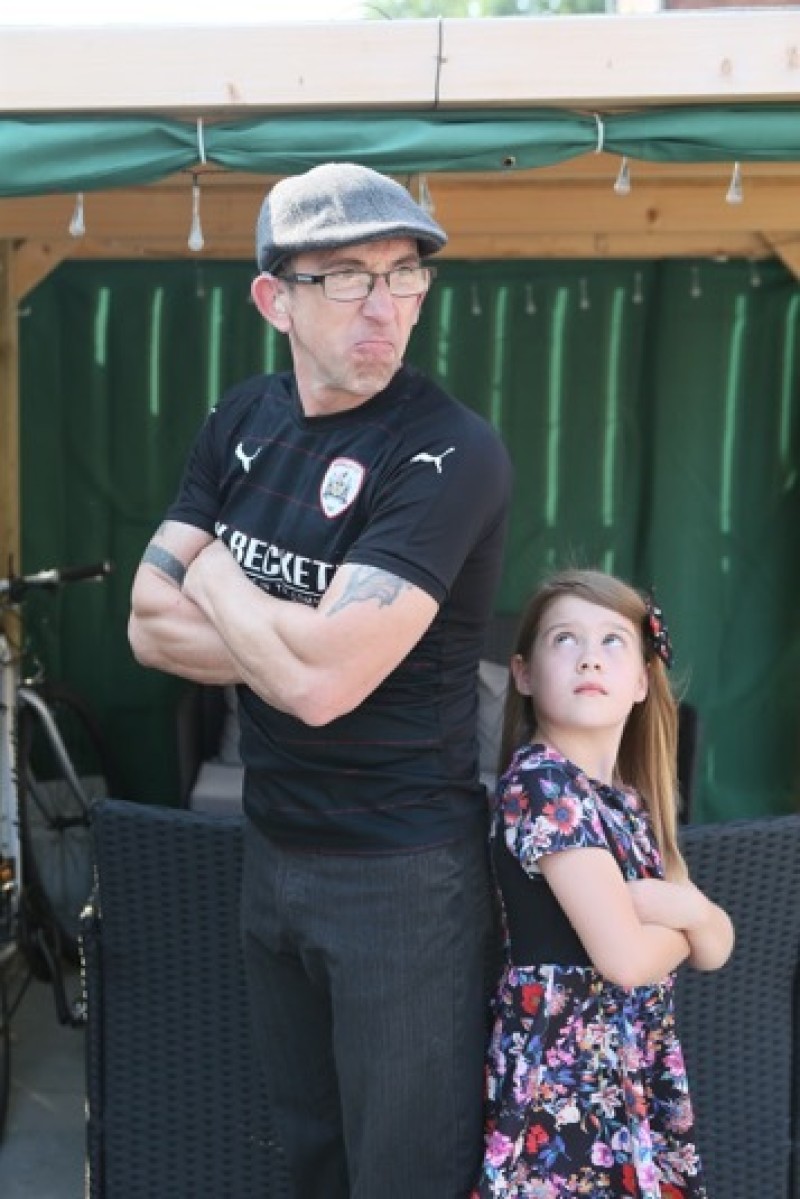 A BARNSLEY grandfather who started making videos with his granddaughter on social media site TikTok has seen his fame spiral after reaching 100,000 followers and over two million likes on the app.

Simon Wall, 44, of West Melton, created his account back in December after his daughter urged him to show his humour to the rest of the world - but just nine months on and no-one could have imagined the level of stardom Simon would reach.

He told the Chronicle: “It all started back in December when my daughter, who had been on the app for a while, thought it would be a good idea to try and get me involved and I haven’t really looked back.

“I tested the waters right at the start and then once I got into it a little more I started getting more into my creative side and since then it’s really taken off.

“I’ve currently got around 103,000 followers and 2.5 million likes which is absolutely barmy to me, I never thought anything like this would have happened.”

Some of Simon’s most popular videos are those he takes with his granddaughter, seven-year-old Poppy, where in a series of sketches named ‘Deaf Grandad’ pretends he cannot hear her - an idea which Simon hopes in the future could lead him to his very own TV show.

“I came up with the deaf sketches because I am partly deaf so no-one could really have a dig at me for it, and since I started them with Poppy they’ve been my most watched videos,” he added.

“I’ve been walking to the shops and people have been recognising me for my videos, and just the other week I went on holiday to the caravan and as soon as I got out of the car someone asked for a photo - it’s all a bit crazy.

“I know it’s really unlikely, but the end goal of all of this would be to get a TV show where I could perform some of my sketches.”

To watch some of Simon’s sketches, follow @simonmelv44 on TikTok.