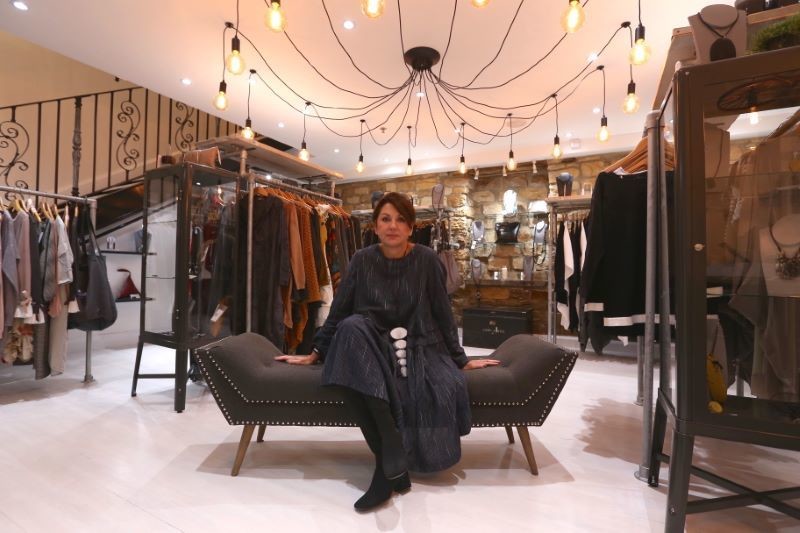 A NEW clothes shop which opened just two weeks ago was forced to close for two days after it was decimated by a break-in.

Damage, stolen equipment and stock totalling an estimated £10,000 has left staff at Portare heartbroken following the break-in on Saturday night.

Thieves had to smash through two doors, the shop door and the exterior door into the Thomas Whitworth Forum, on Hanson Street, Barnsley, inside which the shop is located.

“It’s just absolutely devastating,” said owner Richard Stead. “We’re put in such a lot of time, money and effort into opening this shop.”

Portare opened two weeks ago, replacing Moo Designs which closed after Clare Bottomley decided to call it a day after ten years and the new business was opened by Richard, who had worked at Moo, along with Clare’s daughter Holly Gaunt.

“We were in Manchester buying stock on Sunday when we got a call saying get back to the shop as soon as you can,” said Richard.

“What we found was the front door had been smashed completely off its hinges, and a good proportion of our stock had been taken, along with computers and the till.

“The till drawer was open, there was no cash in there, but they still took it.

“Hopefully we will be insured, but it’s not just about the money, it’s the major inconvenience, and we’ve had to close the shop for two days.

“On top of that, some of the stock that’s gone was from labels we’d had to order in six months ago. You order your stock and that’s it - it’s gone. It can’t be replaced.”

The staff did rally round and got the shop back into shape and restocked in order to open again on Wednesday.

It came as a further blow after several other attempted break-ins and spells of vandalism when the shop was trading as Moo.

Last November virtually every window in the shop, then open as Moo, was smashed as part of a mini crime spree in the town centre. At the time Clare Bottomley said she was considering pulling out of Barnsley as it was just one of a string of incidents.

Richard said this week: “When we took over from Moo, we did seriously consider moving the business out of Barnsley.

“A lot of what we do is online but we do have some very loyal customers in Barnsley, so we made the decision to stay. It’s such a blow that after all that work, it’s all been spoiled in just two weeks.”

Richard issued an impassioned plea on social media calling for help in identifying the culprits, and asking people who think they may have been offered Portare’s stock to get in touch with either them or the police.

A spokesman for South Yorkshire Police said: “Police have received a report of suspected burglary at the premises and we're investigating. Anyone that witnessed any suspicious activity in that area over the weekend is asked to call 101 quoting incident number 635 of October 15.”