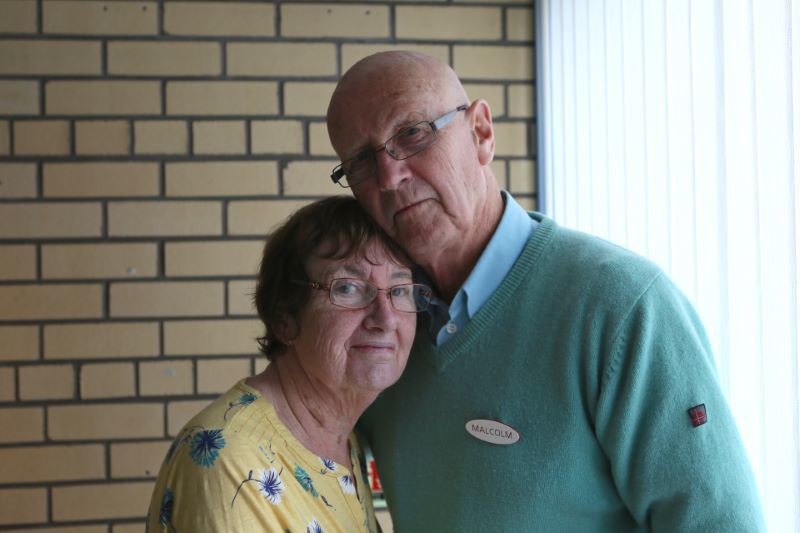 AN ALZHEIMER’S patient who took part in a breakthrough drug trial is now being denied access to it despite promising research it can help the disease.

Susan Price was in the early stages of Alzheimer’s a couple of years ago when she agreed to take part in the trial of a drug called Liraglutide, which is already used to treat type two diabetes and even obesity.

The drug is still currently subject to a trial, and is not available to Alzheimer’s patients as it has not yet been approved as a treatment for the disease.

Susan does not have diabetes and is not overweight but research had shown a connection between diabetes and Alzheimer’s disease, and the drug had already shown promise as a treatment for Alzheimer’s.

During her year-long trial, which ended in February last year, Susan and her husband Malcolm had to travel to London at the beginning and the end for scans, and in between they travelled to Birmingham for tests every month at their own expense.

“We did all this in the hope that a cure for this awful illness would be found and also that Susan would get the drug,” said Malcolm, 78, a former councillor for the Kingstone ward.

He said they knew from the off there was only a 50/50 chance that she would get the drug as part of the trial and while he still doesn’t know, he suspects she may have in fact been taking the placebo, as her symptoms continued to get worse.

But he feels having taken part, she should now be allowed to take the drug, given the promising results to the trial, and the fact the drug is already deemed safe for treating diabetes and obesity.

“If she was 17 stone and five foot three she could have it, but it’s not available for Alzheimer’s patients,” he said.

Malcolm said he was told that after Susan had completed her trial period there was a possibility there would be an open-label clinical trial - where participants know they are given the drug for real and some patients who were given the drug as part of the trial have been allowed to continue taking it - but was later informed that Susan would not be eligible.

“I feel like Susan and the other people who participated in the trial are just being discarded like the mice that went before them,” he said.

Tests on mice which had been genetically engineered to develop a rodent form of Alzheimer’s were found to have dramatically improved brain function after being given the drug, and the subsequent tests on humans with Alzheimer’s are said to have provided ‘proof in principle’ that Liraglutide halts the progression of Alzheimer’s.

“It was reported in the national papers after the tests that there could be a new safe treatment for Alzheimer’s in the next five years. Well I can’t wait five years. I need this now,” said Malcolm.

Barnsley Central MP Dan Jarvis said: “Alzheimer’s is a distressing disease that robs people of their lives. Whilst it is right that strict protocols govern clinical trials of any new medications, I am concerned that Mrs Price is no longer able to access this groundbreaking treatment.

“Given that others who have taken part in the trial continue to be prescribed Liraglutide it seems particularly unfair that Mrs Price is being prevented from taking a drug which could not only halt but even reverse some of her devastating symptoms.”

A spokesman for Imperial College London said: “The study was an early stage clinical study to investigate the effectiveness of Liraglutide as a potential treatment in the future for Alzheimer’s disease.

“The researchers are still evaluating the data to show whether or not the treatment works and is safe.

“An open label extension was added to continue the investigation very recently. Under the standard trial protocol, any patients involved early on in the trial are not eligible.

“Imperial College London is unable to discuss details of individual patients involved in clinical trials, but we understand the trial process can be difficult for patients, and are very grateful for participants’ involvement.

“However, during the informed consent process the participants are informed that there is no guarantee the treatment is effective, and that access to the study treatment will be restricted once they complete the study and they will be required to revert to their standard treatment as prescribed by their clinician. This is standard process in all ethically approved research.

“Study safety is paramount and it can take a number of years, and multiple trials, before a treatment is shown to be safe and effective enough to be used to treat a new condition in patients.”