Debbie has grand designs for launching her autobiography 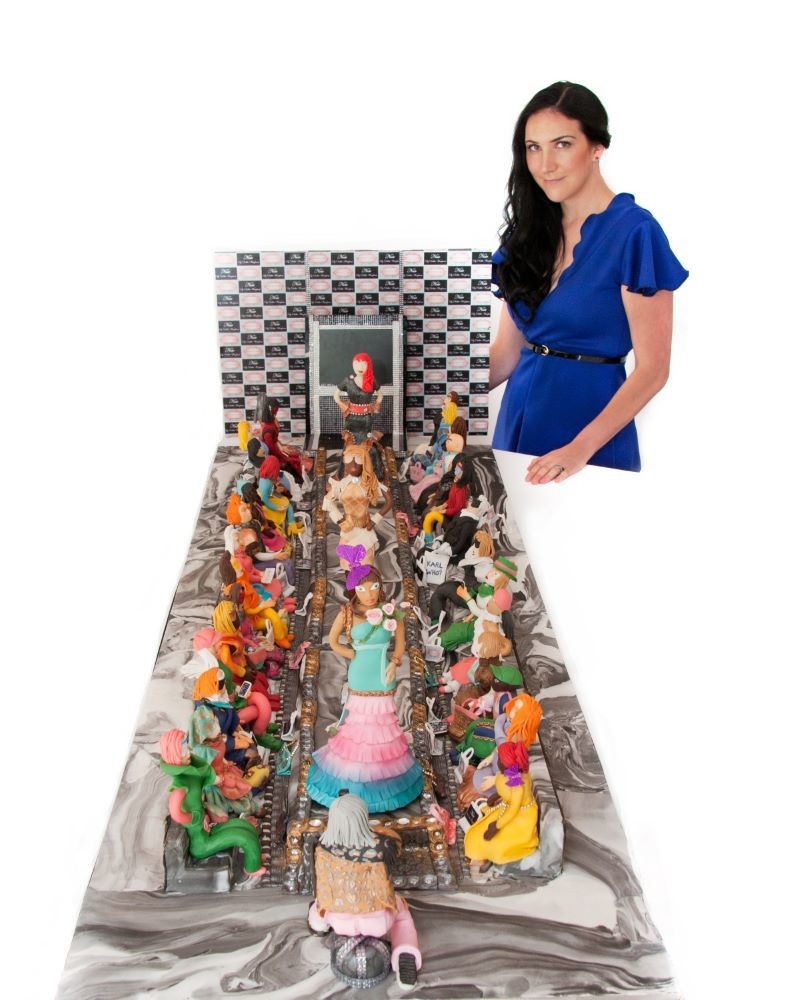 DEBBIE Wingham is known as the world’s most expensive designer.

She has created clothes for A list celebrities such as Kate Winslet, Justin Bieber and Katy Perry to name but a few.

Her work has featured in top television shows such as Sex and the City, Desperate Housewives and Downton Abbey.

But the coal miner’s daughter from Mexborough has chosen to launch her autobiography at a Christmas fair in Barnsley.

Debbie shot to fame five years ago when she created the world’s then most expensive black, diamond-encrusted dress costing £3.5m.

Since then she has taken the title of world’s most expensive designer three times. Her commissions from private clients have seen her make the red diamond Abaya gown priced at £11.7m, a gem-encrusted cake costing a whopping £48.5m and gold-painted leather shoes at £15.3m.

But Debbie said she chose Yorkshire for the launch of her book as this was where her story started. She said it is the story of a girl with fire in her belly and against much adversity, pushes past stereotypes and conquers her dream.

Debbie said: “I wanted to combine with the miners’ union. Even though the book is called From Coal Dust To Diamonds, I am still a miner’s daughter and I wanted to be centric to miners.

“Despite the eradication of the coal industry the history of coal mining is not eradicated and there are still hundreds of thousands of former miners and their families. The mining of coal brought people together and helped build communities that cared for each other and build hope for a better future for the next generation.

“The obvious thing would have been to launch it in Mexborough, but I thought this would open it op to people from further afield.

“It started out as a book launch but is now more of a Christmas fair in aid of Mission Christmas and we’re wanting to attract as many people as possible.”

The event will be held at the National Union of Mineworkers offices on Huddersfield Road on December 2 from 11am-3pm and will include festive stalls, t-shirt weaving, cookies and cupcake decorating and a kids’ fashion show where local pupils will rock their designs on the catwalk. Debbie is also calling all home crafters to bring in garments they have made with their loved ones to wear.

But the big event is the Great British Barnsley Bake Off. There will be two bake-offs, one for adults and one for children.

The brief for adults is a one-tier cake on a board no bigger than ten inches inspired by Christmas, and can be any flavour - it doesn’t need to be a fruit Christmas cake.

All cakes need to be dropped off at 10.30am and will be laid out on a judging table for visitors and judges to see.

Judging will take place at 2pm, cake will be judged on appearance and the top six will be shortlisted before being cut into to test the flavour and quality.

All contestants will be asked to make a £1.50 donation to Mission Christmas, a charity which ensures no child in South Yorkshire will be without a gift on Christmas Day.

There will be three prizes ranging from £25 to £100 of cake decorating and baking kit.