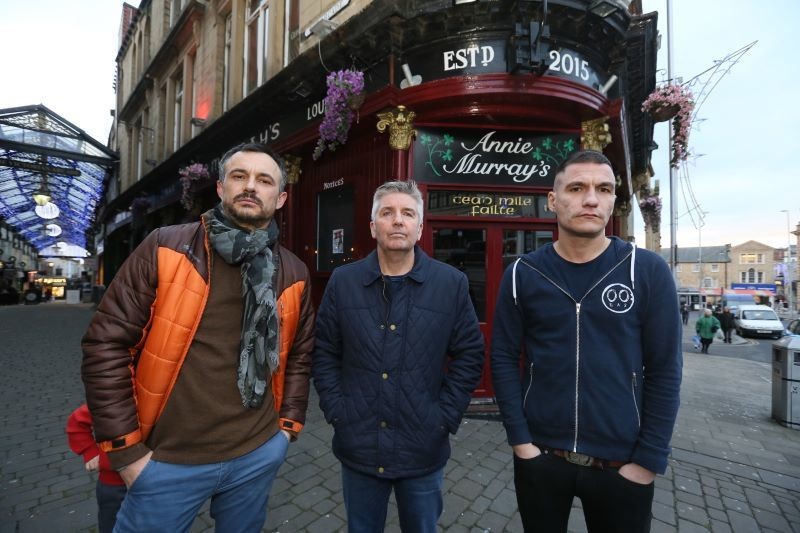 A FINAL warning has been given to a teenager who played a part in a series of town centre burglaries.

The 16-year-old, who cannot be named due to his age, appeared at Barnsley Youth Court on Tuesday where he pleaded guilty to handling stolen goods and burglary with intent to steal.

The youngster admitted handling cash to the value of £1,600 which had been taken during a raid at Annie Murray’s, on Market Hill, on April 27, and trespassing at Jock’s Cavern and The Grill Pit, both on Shambles Street, on May 28.

The court was told a group of youngsters got into Annie Murray’s at around 1.30am having been on The Victorian Arcade’s roof, before smashing their way through glass and wooden doors.

His identity was established after a series of stills taken from CCTV footage, although no other people have been charged as the teenager wouldn’t reveal their details when he was arrested by police.

Prosecutor Justin Bullis said: “These are very serious offences and all involve a lot of costly damage. In one occasion, at Jock’s Cavern, a panel was forced through and The Grill Pit was broken in to, although nothing was taken from that particular premises.

“Three pouches containing cash, predominantly coins, were taken in the burglary at Annie Murray’s. The defendant was seen in the area with one of these distinctive yellow bags and witnesses said he was attempting to swap the coins into notes.

“The police were called and a chase took place before he was detained. Only £300 of the missing £1,600 has been recovered.”

When questioned by chair of the bench Stephen Dunwell about why he had taken part in the break-ins, the teenager said: “It was something to do. I realise now that it was wrong.”

Mr Dunwell added: “Everyone can understand the problems you’ve had in your life with living arrangements, but you’ve unlawfully entered properties and a vast amount of money was stolen in one case.

“You are familiar with the court and you have previously been non-compliant with orders and have gone on to commit further, more serious offences. You’re back in front of us again and with it you need to be clear of one thing: if you return you will be sent to custody.”

The teenager was given a 12-month youth rehabilitation order and will be supervised during that period by the Barnsley Youth Offending Team.

Paul McNicholas, who runs Annie Murray’s, told the Chronicle he and fellow victims were annoyed by ‘slap-on-the-wrist’ punishments.

“I’m at my wit’s end because we are powerless to do anything else. There’s no deterrent because they can try their arm at a burglary, walk free and goad us like they have been doing. They walk past and laugh knowing they have got away with a lot of money.

“I understand the police have had to have cutbacks and their job is difficult, but we just want some form of protection as these aren’t isolated incidents. Break-ins have happened on most days during the week so it’s hard to pinpoint exactly when they do happen, but they always take place in the early hours of a morning and it’s regularly teenagers.

“We just want punishments to be more severe as it doesn’t fit the crime that’s been done. They are very serious and costly - we’re still out of pocket and little is done for victims.”