Lee gets the one that he wants... 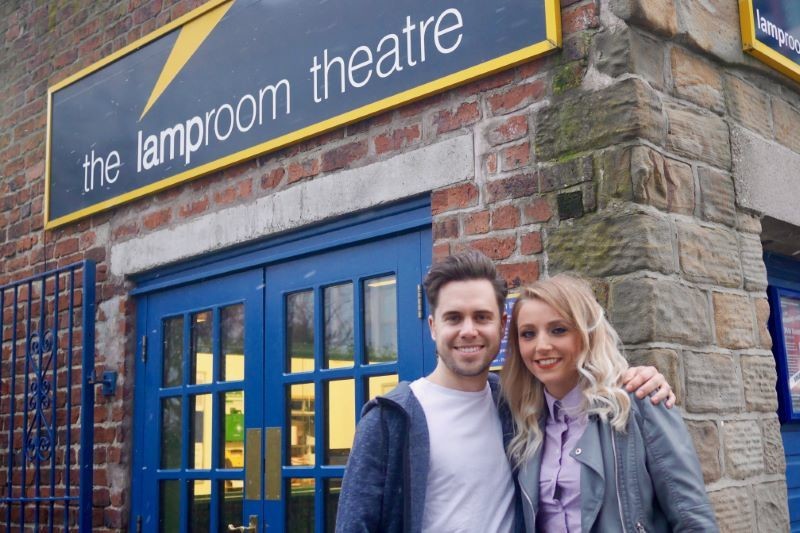 THE ONES that a theatre company wants to lead its upcoming production of Grease have been found.

LS Theatre Productions held the grand final of You’re The One That I Want, a search for Danny and Sandy, at the Lamproom Theatre.

And it was Rich Hancock, 28, and April Sprott, 30, who beat out the competition to play the two lovestruck leads in the show.

Rich, from Chesterfield, is a professional dancer and owns pet care business The Pet Butler. He has performed all over the world as the lead dancer in Essence of Ireland, and he has made appearances on Grantchester, Toast Of London and League Of Their Own.

Professional singer and hairdresser April Sprott, from Doncaster, will be following in Olivia Newton-John’s footsteps to take on the part of Sandy.

Rich said: “I am so excited to be playing this role of a lifetime. It has been my dream to wear that black leather jacket and step into the footsteps of the great John Travolta who is my dance idol.

“Grease is an iconic film and show that everyone loves, so to be part of LS Theatre Productions summer show is a real honour. I can’t wait to get stuck into rehearsal.”

April said: “I am absolutely over the moon to be playing the role of Sandy. On the night when the winner was announced my first thoughts were 'oh my gosh, that's me'. I was so overwhelmed by it all and the audience reaction was incredible.

“They gave me a standing ovation. I thoroughly enjoyed the evening and my fellow finalist were brilliant. We had such a laugh in the dressing room and supported each other. I can't wait to be part of this amazing production and I plan to bring not only passion and enthusiasm to the role.

“I want to portray a true Sandy from sweet and innocent to sassy and assured.”

He said: “They are both incredible talents with a lot of experience under their belts. “They both have qualities of the original Danny and Sandy, who were played by John Travolta and Olivia Newton-John, but also bring their own style to the roles and will defiantly put their stamp on them.

“The audiences are going to be blown away by what they see. Rich and April will be joined on stage by a cast of singers and dancers as well as our very own show choir made up of local singers of all ages.

“So I’ve got the ones that I want and I’m looking forward to starting rehearsal and producing a summer show that Barnsley will never forget.”

Grease is on at the Lamproom Theatre week commencing June 3. Box office 200075.