Vicar who took his own life wracked with guilt over gravestones 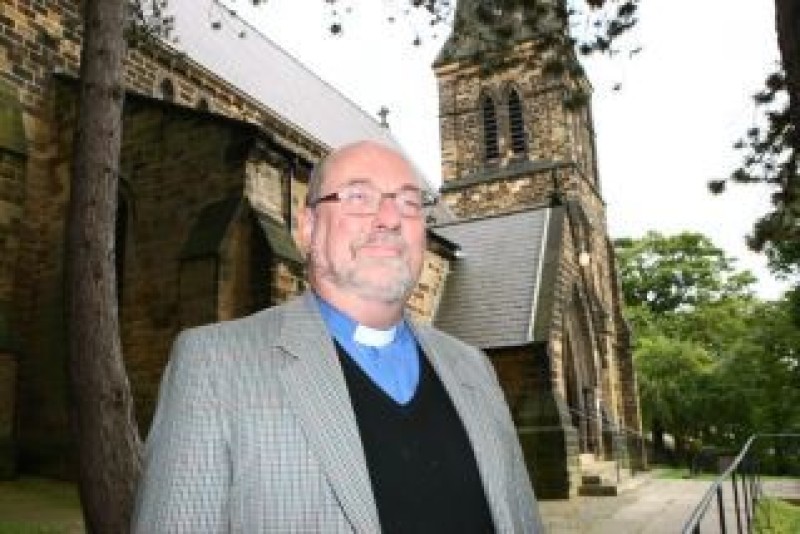 A VICAR who took his own life last year was wracked with guilt because proper church procedure was not followed over the moving of four gravestones, his widow has told the Chronicle this week.

Rev Trevor Keightley, former vicar of St Thomas and St James’ Church, Worsbrough Dale, died last May and an inquest in September recorded that he had taken his own life at his home in Summer Lane, Wombwell.

It was revealed during the inquest that he had been increasingly worried about a church matter from years earlier, but the detail was not disclosed.

This week his wife Mary said she wished to put an end to upsetting rumours which had circulated since the inquest.

She revealed that back in 2009, soon after arriving at the Worsbrough church, there had been efforts to tidy up the churchyard and four long-damaged or vandalised gravestones which lay among the overgrown grass were moved to the edge of the churchyard - something she says he had been incorrectly advised would be OK. They were very old and nobody ever complained about it, but Trevor knew procedures hadn’t been followed correctly and a ‘faculty’ was required to move headstones.

“It was clear they’d been there for years,” said Mary. “Trevor was a perfectionist and wanted every church matter to be done in a correct, religious manner in accordance with the established rules of the church.

“It concerned him greatly that the problem was not resolved and repeatedly told by his advisor that the issue should not be revisited.

“Eventually Trevor felt he could no longer live with himself as the graveyards are on Holy and consecrated ground, he considered that God had been dishonoured by a faculty not being applied for the gravestones’ relocation and this weighed heavily on him. Trevor dedicated himself to his ministry in the Christian faith.

“The Bishop and Archdeacon both agreed that Trevor had been an exemplary parish priest.”

Mary said her life had been totally devastated, but she and her family would like to thank everyone for their love and prayers, support, cards and flowers.

She felt people had the right to know the truth and wants the church and people to move forward as Trevor would have wished - with ‘celebration of his ministry in the church’.