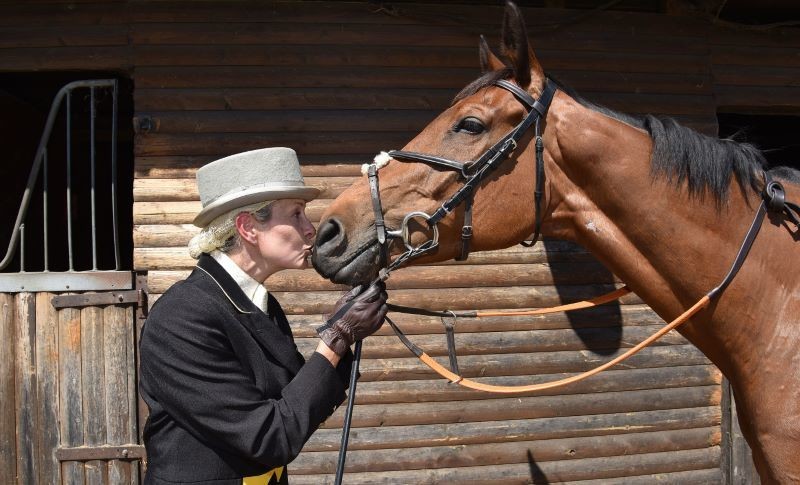 A RACEHORSE had a change of pace this week as it walked in a funeral for a big supporter of its stables.

Craig Pyne, from Middlecliffe, was a big horseracing fan and when he died his son-in-law asked Homefield Racing Stables if they could send a racehorse to head the procession into Ardsley crematorium.

So on Monday, the day of Craig’s funeral, bay gelding New Kid in Town led the hearse through the grounds of the crem.

Peter said: “Craig had a passion for our horses, lived in the village and used to back them all the time, so one of his wishes - without being a wish - was this and we thought it was a nice gesture.

“Craig was a friend of mine, we used to play dominoes in Middlecliffe Club. It was Craig’s son-in-law that asked me and said he thought that much of our horses, could one attend.

“I don’t think a racehorse has ever done that, it is pretty unique. But he is a nice horse and a dark colour so suits it. He went straight under the canopy at the crematorium.

“New Kid In Town has not run a lot for us but Craig had backed him before. He runs on July 4 and hopefully, he will win for him.”