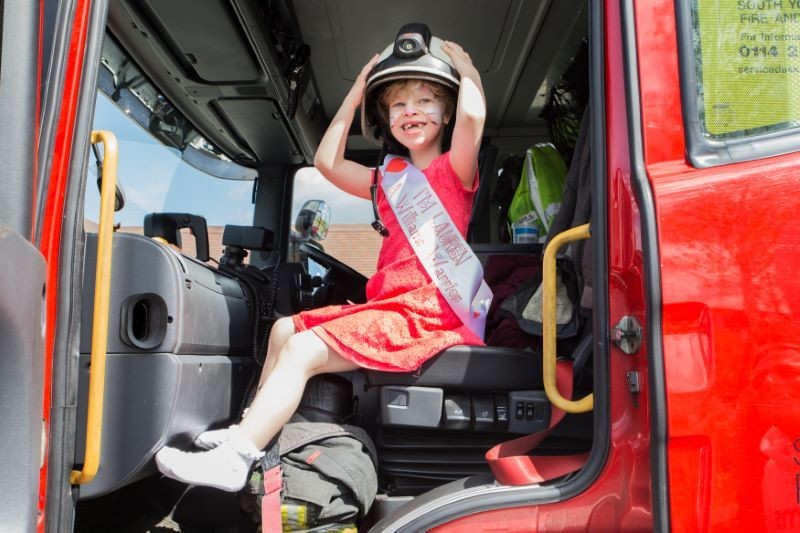 LAUREN Taylor has become famous as the ‘little girl who says hello to everybody’ but while her rare genetic condition has helped shape her highly infectious and joyful personality, it also has the potential to put her in danger.

But these often occur side by side with striking verbal abilities, highly social personalities and an affinity for music.

Lauren’s mum Katherine said Lauren had become ‘famous’ for her friendly nature, appearing on TV, in national newspapers and many times in the Chronicle, and will literally say hello to anyone and everyone she meets.

But she has no filter for when that’s not appropriate, and no understanding of danger including the potential dangers of strangers.

“It’s just the loveliest thing that she is so friendly, and so happy all the time and that she’ll say hello to anyone,” said Katherine, 40, of Springfield Road, Hoyland Common.

“But the trouble is, she doesn’t understand the potential danger of that.

“At the moment it’s just lovely and very cute, but it is starting to become a bit of a worry and as she gets older that’s only going to get worse.

“She has no understanding of danger whatsoever, so we have to be very wary of that.”

Katherine and husband Paul had fertility treatment before having Lauren and describe her as their ‘miracle’.

Often children with the condition have severe heart and lung problems requiring surgery, but thankfully although Lauren has a heart condition and requires lots of hospital appointments, it does not require surgery.

“The biggest impact it has on us day-to-day is sleep deprivation,” said Katherine. “Lauren needs medication to help her get to sleep, but sadly it doesn’t keep her asleep. She’ll be up at 2am, 3am, 4am thinking it’s play time.

“That has an impact on us, and of course a big impact on her.”

Katherine has recently started work at the Dearne Valley Farm pub at Birdwell, and in a bizarre coincidence, she learned the pub was already planning to hold a charity fund-raising day in Lauren’s honour, oblivious to the fact that their newest employee was Lauren’s mum.

It took place on Saturday raising almost £250 which is being shared between the Williams Syndrome Foundation, and the purchase of a trampoline for Lauren.

“She had an absolute blast, the day was wonderful,” said Katherine.

“When I started at the pub I happened to mention that I had a disabled daughter, and they said they were planning an event to raise money for a little girl who lived in Hoyland Common.

“I said ‘you won’t believe it, that's my daughter’.

“It was great, we had a bouncy castle, face painting, the fire brigade came with a fire engine so Lauren was able to sit up in the front seat, she absolutely loved it.

“One thing we’ve found is that because she has a mobility issue, Lauren is very wary of bouncy castles, She likes them, but just tends to sit on them and bounce as she doesn’t feel safe.

“But she loves trampolines so we’re now going to get her one of her own, because she just loves being outside.

“We’re so grateful and she is going to be thrilled with her new trampoline.”