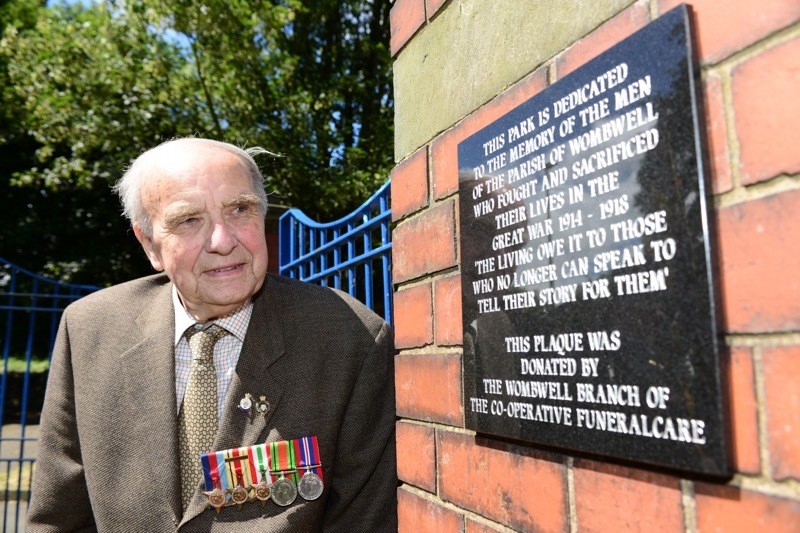 A WAR veteran and treasurer at a local church who once received Maundy money from the Queen has died aged 98.

George Boor, from Lundhill Close, Wombwell, was a much-loved member of St Mary’s Church in the town, serving as treasurer for more than 40 years.

He was chosen to receive Maundy money when Queen Elizabeth visited Sheffield Cathedral in April 2015.

Maundy recipients, chosen for their service to the Church, are given two drawstring bags - one a red purse filled with ordinary coinage and the other a white purse with silver specially-minted Maundy coins.

On their meeting, the Queen referred to George as a ‘lucky man’ after being told of his military service in the Second World War.

George was part of the first wave of tanks at the Battle of El Alamein and served mainly in North Africa and Sicily.

George would be the sole survivor of his troop when their tank was hit by a mine.

He lived in Wombwell since 1953 when he married wife Margaret, who he met at a dance held at Wombwell Baths.

He worked as an accountant and auditor for British Coal, and following his retirement served as a secretary for Barnsley Independent Training Services.

George was a member of the Royal British Legion and poppy seller until his 96th year.

The funeral service is to be held at St Mary’s Church on Monday before going on to Barnsley Crematorium, Ardsley.