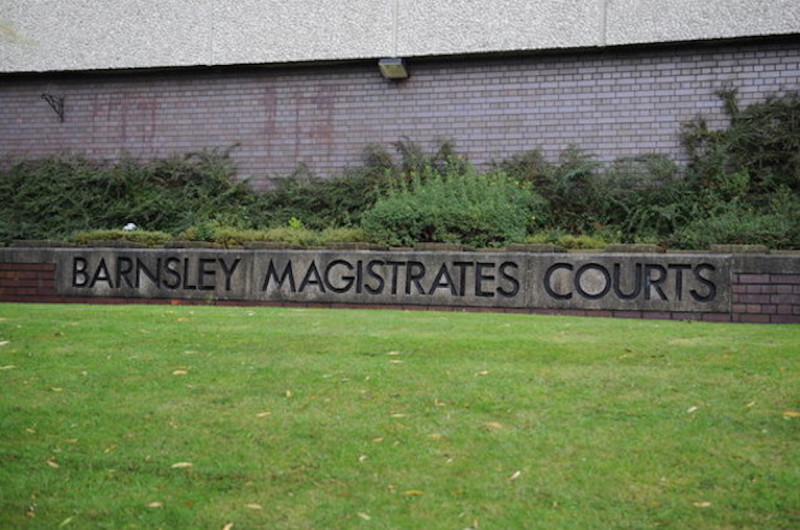 HERE'S a selection of court cases featured in this week's Barnsley Chronicle:

A ELDERLY man has appeared in court charged with rape and false imprisonment.

Peter Pickering, 79, from Berkshire, appeared via video link at Leeds Magistrates' Court on Tuesday after being charged with the rape and false imprisonment of a then 18-year-old woman in Deepcar near Stocksbridge, in 1972.

He did not enter a plea and the case was sent to Leeds Crown Court where a hearing will take place on October 16.

Mr Pickering has been remanded in custody until then.

A MAN has been remanded in custody and will appear at Sheffield Crown Court next month after being charged with assaulting a police officer who was left critically injured.

Dale Cheetham, 22, of no fixed abode, is formerly of Bolton-upon-Dearne and appeared at Barnsley Magistrates' Court today (Thursday) charged with causing grievous bodily harm, robbery, possession of a bladed article and of an offensive weapon, aggravated vehicle taking without consent, and driving whilst disqualified and without insurance.

The offences are believed to be connected to an alleged robbery and a car being reported in Bolton-upon-Dearne at 5am on Tuesday.

The 45-year-old policeman who was injured was allegedly assaulted in an alleyway in Hexthorpe, Doncaster, later that morning and suffered serious head injuries. He is now in a stable condition.

Cheetham will appear at Sheffield Crown Court on October 19.

A MAN who was high on cannabis and driving without a licence has been jailed after a crash which seriously injured three teenagers in Shafton.

David Green, of Havercroft, appeared before Sheffield Crown Court on Monday where he pleaded guilty to three counts of causing serious injury by dangerous driving following the incident which took place on Sandy Bridge Lane on January 6.

The 22-year-old, who was jailed for two-and-a-half years, also admitted driving the Peugeot 106 without insurance, driving without a licence, failing to stop at the scene of a collision, failing to report a collision and failing to give information about the identity of a driver involved in a collision.

He has also been disqualified from driving for three years, which will start upon his release from prison and must sit an extended driving test. PC Andy Brown said: "Green has accepted responsibility for his reckless and dangerous actions that night, which injured three teenage boys.

"He chose to drive dangerously whilst under the influence of cannabis. He decided to show off to them on a freezing night rather than drive in a sensible manner appropriate to the conditions.

"Rather than remaining at the scene and helping his friends, he fled and only handed himself into the police when he knew he would be under the limit regarding his drug use.

"One of the teens, a 17-year-old boy, suffered life-threatening injuries that have had a lasting impact. All three were released from hospital and are recovering well, but their lives were changed that night.

"I am pleased Green is now behind bars where he can consider his behaviour and the consequences of dangerous driving."