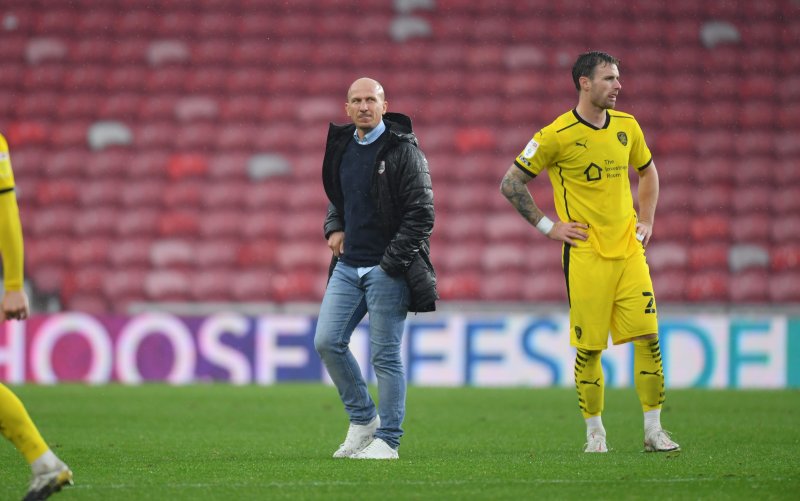 MICHAEL SOLLBAUER says speculation over the future of Barnsley head coach Gerhard Struber has been discussed among the players.

But the centre-back insisted it had no bearing on the outcome of the game at Middlesbrough, where the Reds lost 2-1.

It was a third defeat in the opening four league matches for Barnsley, who are fourth-bottom of the Championship with just one point.

Cauley Woodrow scored the Reds' first league goal this season, with an 89th-minute penalty, but by that stage, Boro led through Jonny Howson and Chuba Akpom.

American club New York Red Bulls have made a formal approach for Struber, who could well have taken charge of Barnsley for the last time.

"The speculation is a topic in the dressing room," said Sollbauer. "But these things happen in football. It is part of the business and you deal with it.

"When the game starts you focus on it, and there shouldn't be any excuses. We didn't produce enough to get the win.

"We tried until the last minute but there was no way through (for the equaliser). We have to create better chances to score."

Struber said: "I can see in every game we need more punch in the last third. This the big issue. We need a new attacking player or a striker."