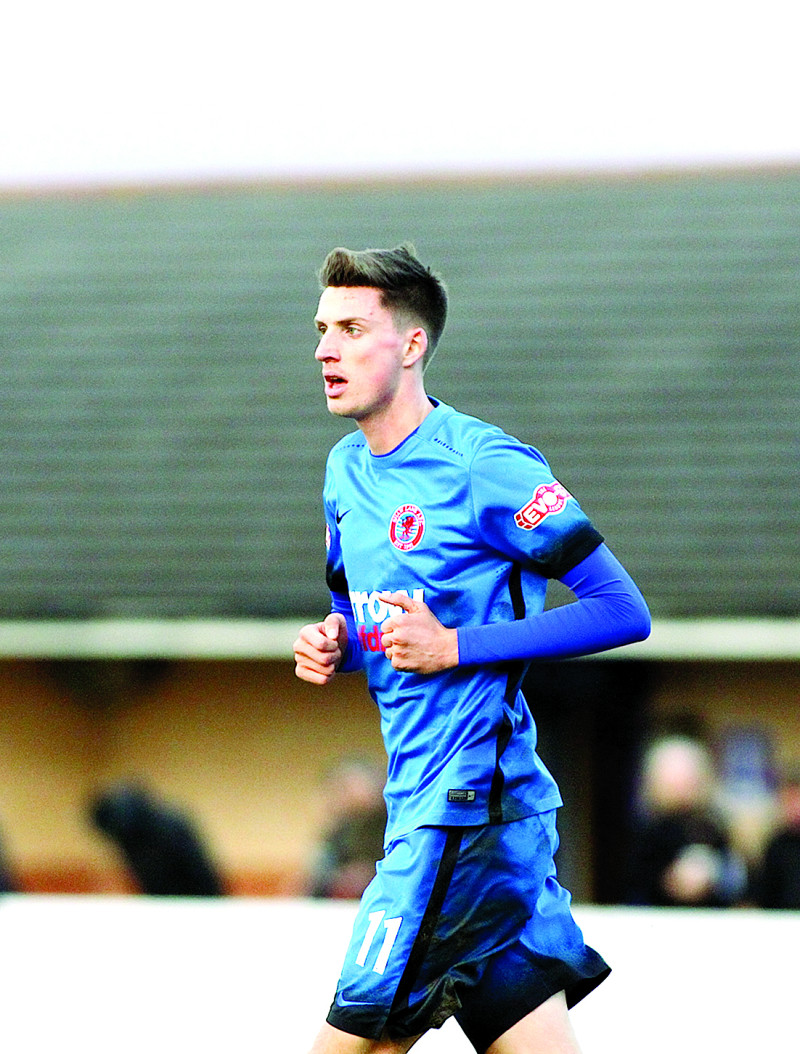 Shaw Lane AFC – who have won 12 games in a row – are hoping their success with Chesterfield's Jake Beesley will encourage Barnsley FC to loan them development team players from Oakwell.

Beesley, 19, spent a very successful month on loan with Shaw Lane in Evo-Stik Division One South, scoring three goals. He returned to the League One Spireites last week and was given his first two professional games by former Reds manager Danny Wilson this week.

Ducks manager Craig Elliott said: "Hopefully Barnsley have seen how we developed Jake Beesley and will trust us to do that with their players. I am in talks with Leeds and Rotherham about getting some of their players on loan and it would be great to have that relationship with Barnsley as well since they are on our doorstep.           Our chairman is trying to get a dialogue with them and hopefully something can be sorted out."

League leaders the Ducks won 1-0 at Bedworth United on Saturday. Alex Byrne, who has been monitored by Barnsley scouts, curled a 25-yard free-kick into the top corner for his 12th of the season in the first half.

Spencer Harris was sent off for a high tackle in the second half but Shaw Lane held on for a fifth successive clean sheet. Elliott said: "It was probably our worst performance of all 12.  It was a very scrappy game and Alex didn't play that well but he scored an outstanding goal for our level of football."

Shaw Lane were due to host fellow high-flyers Witton Albion on Tuesday, but the game was called off due to a waterlogged pitch. Witton are the only side who can catch Shaw Lane by winning their games in hand as they are eight points behind having played three matches fewer.

The Ducks are top on goal difference but have two games in hand on second-placed Newcastle Town. Shaw Lane will now host Nantwich Town in the final qualifying round of the FA Trophy tomorrow from 3pm. Victory would put them in the draw with National League sides such as Tranmere Rovers, York City, Lincoln and Wrexham. Nantwich are competing for the title in the division above the Ducks.

Elliott said: "It will be a very tough game against a really good side. But it's like a free hit for us and, if we win, it will be great." "Hopefully we will get a good crowd as Barnsley aren't playing on Saturday."