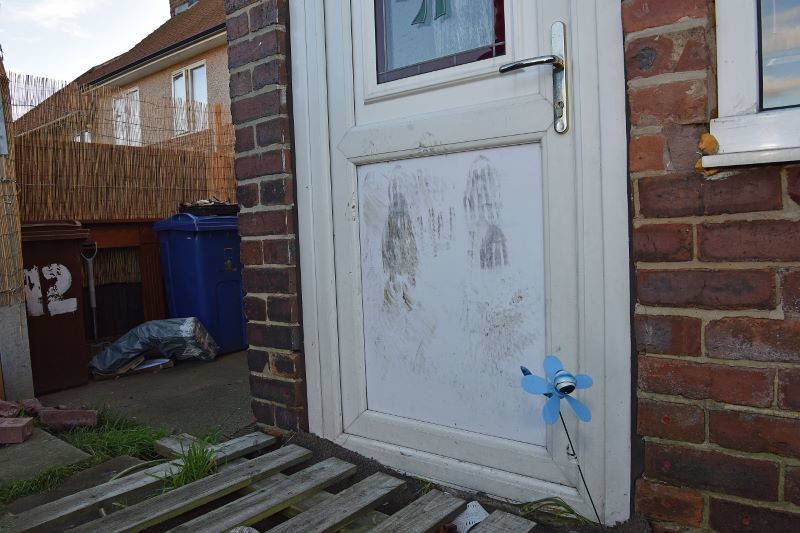 A THURNSCOE man was shocked to discover his home had been broken into for the second time in four months.

Manole Gabriel, 33, returned home from work at Asos last Monday evening to discover the French doors into his back garden had been smashed and thieves had taken his TV, tablet, sunglasses, watch and even a remote control for his fire.

Manole, originally from Romania, has only lived at his home in Windsor Square since June and the property was broken into within a month of him moving in.

He said on that occasion nothing of value was stolen as the house was empty.

He said his CCTV showed six men entering his garden and using a spade to smash through the back door.

“It happened on November 13, and while I was coming home from work I passed that car which was on fire near the Aldi in Goldthorpe (an attempted ram raid on a cash machine).

“Then I found my house broken into. I don’t know what is happening in the area but it is not good. I’m beginning to think it is quite rough.

“They have searched everywhere in my house, even in the attic. For me it was a shock because four months ago they smashed everything then too. I think it could be the same people.

“The damage this time was more than my brain could handle. It is the second time for me and my girlfriend is very scared by it.”

A South Yorkshire Police spokeswoman said: “Sometime between 4.45pm and 11.20pm on November 13, it was reported a property on Windsor Square, Thurnscoe, had been broken into and a number of electrical items and jewellery had been stolen.

“Extensive damage had also been caused to the patio doors of the property during the burglary.

“Anyone who witnessed the incident, or has any information, is asked to report it via 101 quoting incident number 1075 of November 13.”