Morais frustrated with referee and team after Bolton draw 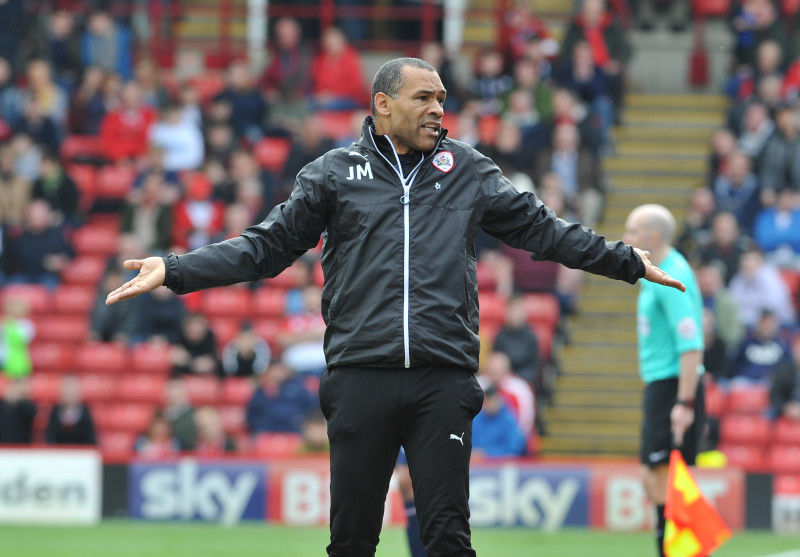 Barnsley boss Jose Morais believes referee Mike Jones' decision to award a penalty against George Moncur on Saturday cost them a win in a 2-2 draw with Bolton Wanderers.

Moncur was penalised at 1-0 up for pulling back Will Buckley with ten minutes remaining and the visitors scored the spot-kick then took the lead before Oliver McBurnie equalised.

Head coach Morais said: "This is a game we could have won, but we didn't. If we want to blame someone we can say the referee saw a penalty which was a key moment. So many times you see someone pulling a shirt but you don't see a referee take a decision like this.

"In English football we are seeing this situation so many times but penalties are not given. Minutes before their penalty, I felt it was a penalty to us when their central defender pushed Kieffer Moore.

"Unfortunately the referee didn't see it and this is not the first time it has happened and it is costing us. We should have had a penalty at home against Burton and away in Cardiff but we didn't. We are not crying because of this, we are just expressing our feelings."

Morais was also frustrated with his players who we believed were too attacking when 1-0 up. He said: "Sometimes you can win 1-0 without thinking we need to score the second, or third or fourth. You can kill the game in a different way. I believe that instead of running for another goal, we could have stayed stable and not created the situation for the opposition to equalise.

"That is the mature way to win points at this time of the season. We don't have to lose patience and hurry because we were already in the lead, we just need to keep our organisation.

"We don't need to try to score more goals just because we can't handle the fact that we are only 1-0 up. It is possible to win games 1-0.

"In general, it was in the same momentum as our most recent games. The further you go towards the end of the league, there is more anxiety which is effecting the decision-making of the players.

"I am proud of the lads and their performance and the interesting discussion we could have immediately after the game with all the emotions. It is a sign that we have a group of players who respect and understand each other and they can learn lessons from games like this."

Morais said: "Jackson felt that he couldn't continue. It was an unexpected substitution but Ethan Pinnock did a good performance and made a positive impact. Brad Potts also could not continue, because he felt he could be injured if he was to continue. It created a difficulty because we don't have a replacement for Potts.

"Hopefully, Potts will be ready for the next game but I don't know about Jackson. We have five central defenders but we don't have as many central midfielders so Potts is an important person for the team."

Morais was delighted that McBurnie netted his eight goal in 12 starts in the 93rd minute. He said: "I would like to express my happiness for the goal of Oli because it was an important goal. I have mixed feelings because it was the equaliser not the winner. He is a player with more impact in terms of achieving goals to win points. He has a very good goals record."