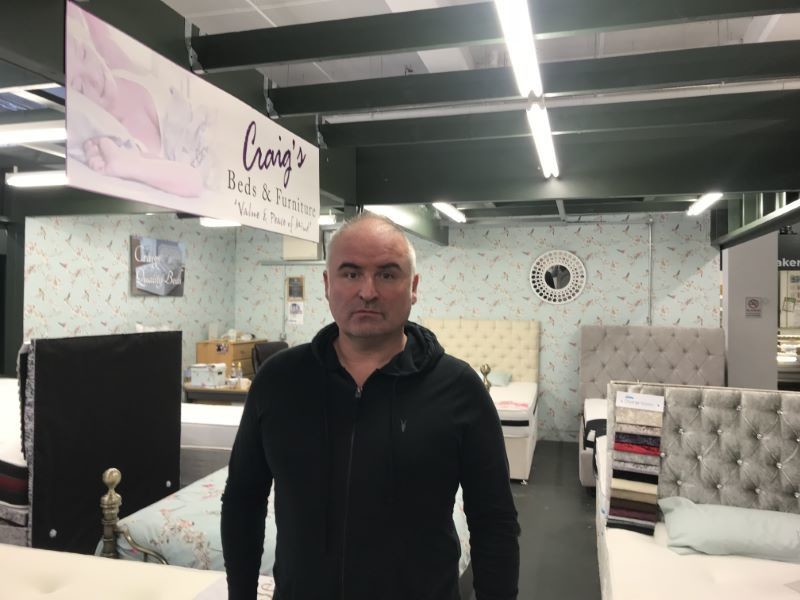 SEVERAL market traders - some who have had stalls for decades - are quitting the market because they do not want to take new units in the £130m Glass Works development.

Stephen Slack of Slacky’s Fruit and Veg is leaving tomorrow after 40 years, and Craig Woodcock, who runs Craig’s Beds, left this week after 20 years.

Kirsten Pashley at Mellon Colley is hoping to open her new shop next Friday and butcher Garry Copley will leave in June after 40 years. In addition, Michelle Barnett, who runs Bump to Baby, will leave as soon as she finds a suitable shop to move into.

They have been put off by a combination of factors including signing a five-year lease, higher rents and six and possibly even seven-day, trading.

Barnsley Council refused to reveal how many of the current traders had taken new units, but the Chronicle understands more traders will leave later this year.

Stephen Slack, 64, of Rotherham, said his parents had run a stall on Barnsley Market since the end of the Second World War. He helped his dad run the stall when he was a boy before taking over.

“I don’t think it’s fair that we should be working an 80 hour-week. The only thing they (the council) said was ‘set someone on’ but we are sole traders, we can’t afford to set anyone one. It will kill Barnsley Market. I’m very sad. I wanted to stop on the market until I retired but it’s been forced on us.” Stephen is looking to become a full time coach driver.

Craig, 46, of Monk Bretton, has a new shop, Craig’s Bedroom Interiors, at Carcroft.

“I will still deliver to Barnsley customers, but Barnsley council is forcing my hand. I can’t sign a five-year deal at those prices. I’m disappointed that I’m having to leave.”

Butcher Garry Copley, 54, of Worsbrough Common, has worked on the same stall for 40 years. He said his yearly rent would increase by £10,000 if he were to move.

He said: “With the rent increases and footfall as it is now, it just doesn’t add up for me. In the last 12 months, footfall and trade has gone down by 50 per cent, and I don’t think it will come back in the new market. If the council would have helped us for the first two or three years until it’s finished, I might have thought differently.”

Garry said he would be working for another butcher who has signed a lease.

Kirsten Pashley, 43, of Stairfoot, and Michelle Barnett, 43, at Bump to Baby, have both been put off by six and possibly seven-day trading.

A spokesman for the National Market Traders’ Federation Barnsley Group, said it was a terrible shame but the terms would be a massive burden to some traders.

He said: “Time will tell if it will be a success, however only Barnsley Council seems to have the vision of a thriving high street when everyone else in the land knows the way people shop is changing and the high street is in decline.”

Matthew Gladstone, an executive director at the council, said: “The feedback we’ve had from the traders has been really positive and they are looking forward to moving in to the new market.

“We have already received a high level of interest and currently have a leasing process underway, and a robust level of engagement with our existing traders to ensure they are kept up-to-date. At present we have a healthy waiting list of businesses interested in the market and if there are any vacancies at the end of the process we’ll look at gaps in the existing product offer, and target those areas so that we have a market which is sustainable and has maximum appeal for our current and future customers.

“We are proud of our award winning historic market and are moving from strength to strength; we’re working towards the provision of a lively, vibrant markets offer, that’s located right in the heart of the town centre and will be the first part of The Glass Works scheme to open in the autumn.”