Town redevelopment won’t be finished until 2021 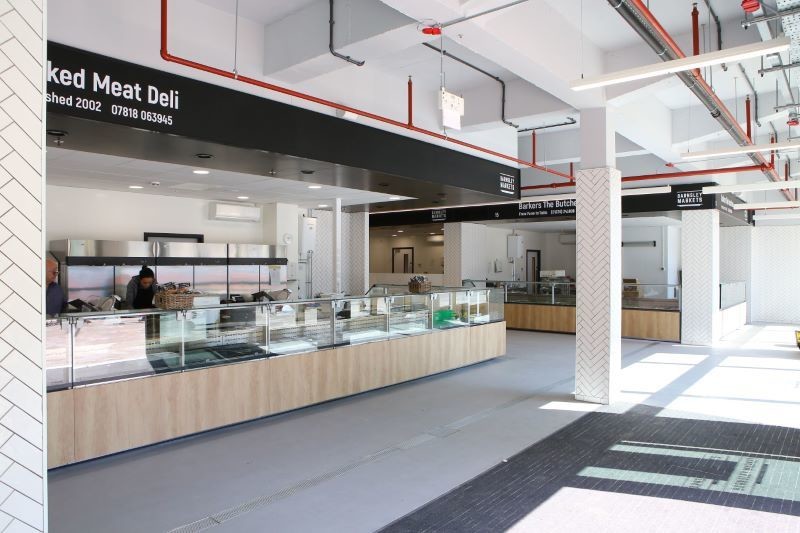 WORK to redevelop the town centre will now not be complete until spring 2021, it has been revealed this week.

Delays in construction work have seen the completion date fall back six months, but the council says the project is now back on track as the first part of the revamped market complex opens today.

It is the first element of the Glass Works scheme to be completed - with the rest of the market hall due to open in November.

The council said the delay was in part due to poor weather particularly at the end of the winter, which forced work including significant concrete pouring to be halted, but was also due to the complexity of trying to run a building site around a town centre which is still open for business.

Council leader Coun Sir Steve Houghton said despite the delay people can already see the quality of the development in the parts complete or nearing completion, and will be able to see the disruption ‘paying off’.

“The completion date for the whole scheme is now spring 2021. It had been autumn 2020 so it’s about six months behind where we had anticipated,” he said.

“The complexity of this scheme is that we’re having to demolish, reconstruct and keep trading, all at the same time.

“If we remember what the town centre was like, and where it was going, hopefully people can keep their eyes on the prize, and see that we are building a better future for Barnsley.”

David Shepherd, the council’s service director for regeneration and property, said the food hall would be home to a varied mix of food businesses not just ‘meat and fish’.

There will be other food stalls in the main market hall which is due to open in November, when traders housed in the temporary market underneath the multi-storey car park will move in, and the car park can be demolished - scheduled for January.

The temporary market barn can also then be emptied, allowing it to be dismantled and replaced with the new public square which will be surrounded by new retail and leisure development, including a cinema and bowling alley.