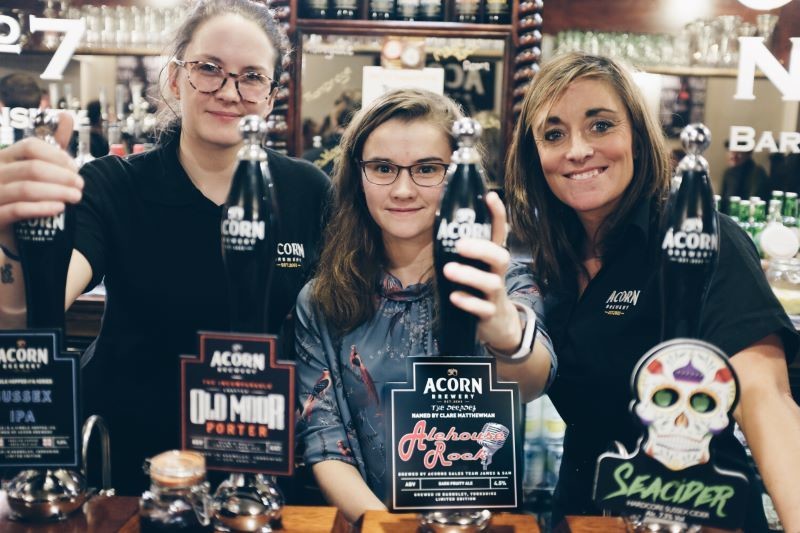 THE FIRST of five new ales to be brewed by Acorn Brewery has been officially unveiled at the Old No. 7, Barnsley.

The ruby beer has been named Ale House Rock by Clare Matthewman, who won a competition run by the Wombwell-based brewery on social media before Christmas.

The beer naming Decades competition will run throughout the year, with each one being linked to songs from different decades - the first one being the 1950s.

The brewery’s director of business development, Christy Hughes, said Ale House Rock had been concocted by account manager, Sam Warren-Close, who normally has nothing to do with the brewing.

“It’s a beer which goes along with the season,” said Christy. “The next naming competition will run on social media in April/May for an unveiling in June, and the theme will be the 1960s.”

The Old No. 7 has also been named pub of the season for winter by the Barnsley Campaign for Real Ale. Managers at the town centre pub, Carol Symonds-Thompson and Stuart Thompson were presented with their award last Wednesday night by Barnsley CAMRA’s Phil Gregg.