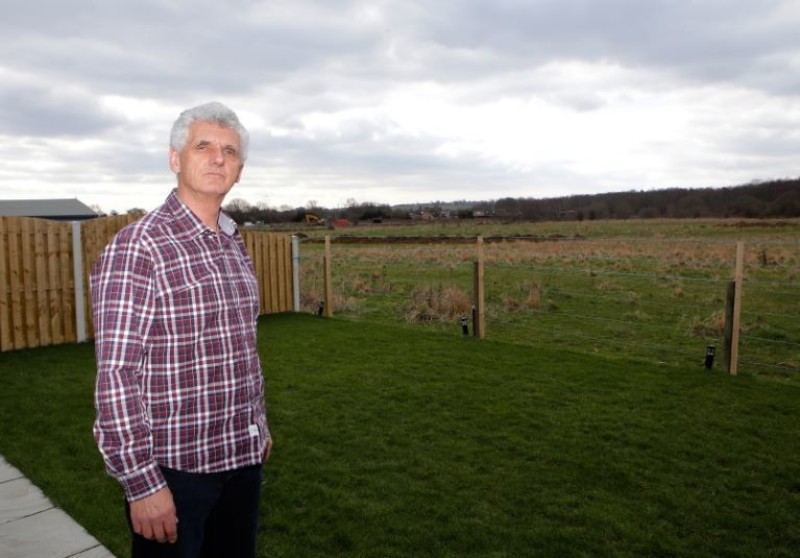 RESIDENTS whose homes will look out onto a new 164-home estate are complaining to the Ombudsman because they claim Barnsley Council and the developer behind the scheme have gone back on their word.

Barratt Homes’ plan for Lee Lane, Royston, was given the go-ahead by planning board members last October.

Residents complained Barratt had reduced a 30-metre ‘buffer zone’ to separate the homes from existing properties on Applehaigh View, which had been set out when outline planning permission was granted six months before full permission.

Resident Roger Kirk, of Applehaigh View, which runs adjacent to the site, said: “Local residents are all in agreement that this is an injustice and they’re utterly bewildered by it.

“Outline permission was awarded in March 2017 on the condition that there would be a 30-metre gap to existing homes, but the plan states that this is not now the case and it’ll be 22m instead.

“We had 400 objections at the outline stage which shows just how much of a difference the gap would have. All we want is for them to fulfil their promise of the gap in between properties and for the planning committee to demonstrate that they have listened to the community.

“Both Barratt and Barnsley Council’s planning board have refused to honour the promised 30m distance. During the consultation stage, Barratt said to six different couples the plans would include that 30m zone.

“Our final step is to see whether the Ombudsman can see our point, particularly where planning guidance clearly states that any imposed planning conditions runs with the land and are binding. Nobody seems to see that point, nor can they see the injustice of reneging on their promise.”

Section 106 money - funds set aside for loss of amenity - could total more than £400,000 for the estate, while an on-site children’s play area will also be constructed.

“That is not a cause for concern as they have adhered to our minimum distance, which is 21m, and have stated that properties on Applehaigh View will be 22m away, which exceeds our guidelines.

“That is up to them and they can do that, so long as it meets our standards and that is what has happened in this case.”

A spokesman from Barratt Homes added: “We spent nine or ten months working with the council on the site’s design and have considered separation distances from existing properties and have adhered to the council’s guidelines.

“We look forward to providing these homes in Royston.”