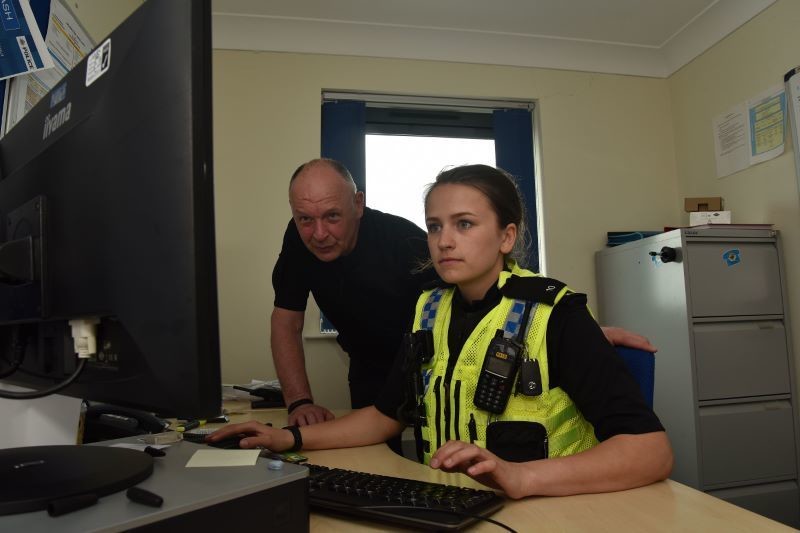 A FREE service which enables residents to keep track of criminal activity and incidents in their specific areas of Barnsley is being promoted by officers across the town.

After a slow pick-up, people using the scheme - dubbed SYP Alerts - have increased significantly across the town from 770 in February to 1,264 in April, according to the police’s latest figures.

The service, which every Barnsley resident can sign up to via a website or on a paper form, gives them access to either voice messages, emails or text alerts about crime.

It also enables on-the-beat bobbies to post instant messages which locals can respond to, keeping them in the loop about officers’ whereabouts and what they are dealing with.

However, although figures are increasing, Sgt Brad Wynne wants to see even more signing up to the system.

“It’s a great way for police to contact communities as officers can use it to immediately post an alert out to residents who are signed up,” he said.

“Users can tailor it specifically to what they want whether it’s the distance from their own postcode or the type of incident they want to know about via a tick list.

“It’s a more accessible option as opposed to Facebook and Twitter as not everyone has access to social media. We are checking the figures each month and they’re getting bigger - it’s had a good increase recently but each officer who is out on the beat is encouraging residents to sign up.

“It is a useful tool which covers many types of policing. Those who don’t have access to the internet can still use SYP Alerts as we can send texts, voice messages and emails, so everyone is covered.”

It’s the latest scheme to be pushed by the force to streamline police accessibility due to problems with its non-emergency phone service, 101, about the amount of time people have to wait to have their calls answered.

Callers had been promised significant improvements by the spring, although a delay to the new ‘Smart Contact’ system which will replace outdated software has been encountered.

No start date can be given for its relaunch, while there is no guidance available even down to the month when it is expected to be ready.

“We want residents to have updates to what they have reported and other local issues they may not have known about,” Sgt Baines added. “The system is something every police officer in Barnsley is pushing.

“Those who have signed up have up-to-date information. We’re around 1,000 officers down from what we had in 2010, so the old days of having cops everywhere are gone unfortunately.

“We have to look at gathering information, building up a picture and designating resources where they are required. SYP Alerts allows us to do that and keep residents informed as to what we are doing.”