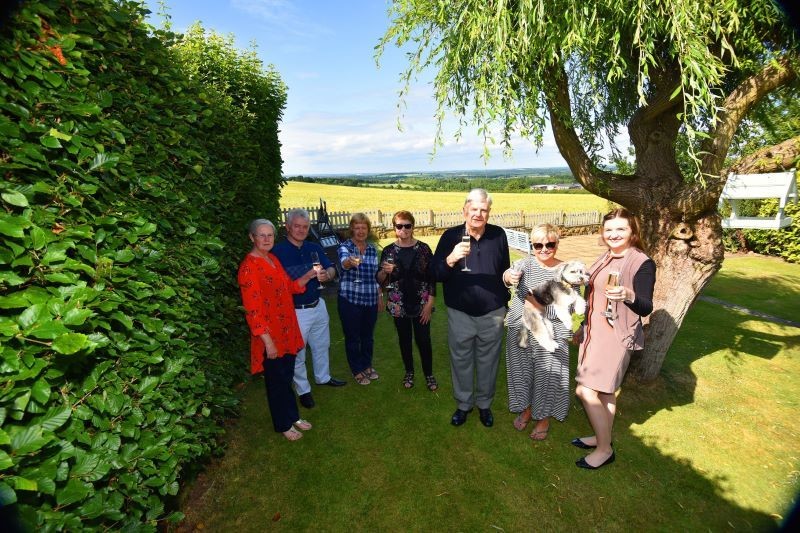 RESIDENTS living near proposed major housing developments were celebrating this week after several controversial sites were thrown out of the process to identify where major development should take place over the next decade.

Sites in Cawthorne and Silkstone Common, a large site at Staincross and two at Oxspring will now be dropped from the council’s long term plans following the ruling of a planning inspector who has been scrutinising Barnsley’s Local Plan.

“We’re delighted, absolutely over the moon,” said Jayne Shaw, of Bourne Walk, Staincross, who lives close to the site between Staincross Common and Wakefield Road earmarked for more than 1,200 new homes in the coming years as part of the plan.

“Deep down we thought this was a done deal, but we couldn’t give up. We had to keep fighting and keep campaigning, and it’s paid off.”

All the sites had been earmarked for new homes as part of Barnsley’s Local Plan - a blueprint for housing and commercial development into the 2030s.

However, planners had deliberately provided more potential sites than needed to make up the expected number of new homes - meaning they will still meet the anticipated target with the sites allocated elsewhere in the borough.

One site, at Bleachcroft Way, Stairfoot, will, at the inspector’s instruction, be turned over for housing rather than employment use, adding about 200 to the total of new homes through the life of the Local Plan.

Coun Robert Barnard, whose Penistone East constituency covers all the villages affected except Staincross, said: “This is recognition of what we’ve been saying all along - these sites are just not suitable for a variety of reasons.

“I think people are relieved that it hasn’t just been an exercise of taking a map and colouring it in with highlighter pens to decide where housing needs to go. The observations made by ourselves as elected members, residents and the various parish councils have been recognised.”

A further round of public consultation, focussing specifically on modifications made to the plan during the examination, is now expected to take place from next month. Following this, the inspector will either issue her final report confirming whether or not the plan is sound, or order a further round of discussions with interested parties.

If it is accepted, it is possible the plan will be in place before the end of the year, providing clarity for both the council and developers about where and how land can be developed.

Local plans are designed to ensure that local authorities have enough land available to meet both the needs of an expanding economy and the growth in population which goes with new jobs and are so complex they have to be approved by a government planning inspector before being formally adopted.

Barnsley’s head of planning, Joe Jenkinson, said: “In contrast with her initial finding last summer, the inspector has confirmed that the plan is capable of being found sound.

“At that point she said Barnsley Council had underestimated the need for housing and also requested that fresh sites should include village locations, rather than the urban centres where attention had been focused.

“When we consulted on the additional sites earlier this year we had deliberately consulted on more than we needed as we were unsure whether the inspector would accept our revised housing need figure or ask for it to be increased. We therefore had a surplus of around 900 dwellings.

“Accordingly, we were expecting that some sites would not be accepted and where they have not been, the plan has reverted back to what we had originally proposed.

“There is still another round of consultation to go and this is not her (the inspector’s) final conclusion on any matters but broadly speaking, we are pleased with the progress made.”

Local Plan is now several years behind schedule and if it is adopted later this year it will provide clarity for both the council and developers about where and how sites in the district can be used in future.

The now-rejected inclusion of new village sites in the most recent version of the Local Plan had caused widespread concern.

In rejecting the plans, the inspector told the council the Cawthorne site was unacceptable because: “The proposed site allocation of 86 houses extending into the open countryside to the north of the village would be harmful to its existing form and character.”

At Silkstone Common, she found the proposed site in Moor End Lane ‘unsound’ because: “Development of this site would result in the loss of an undeveloped gap which forms a transition between the main built-up area of the village and the more dispersed development within the open countryside to the south of the Trans Pennine Trail. The consolidation of development at this point would be harmful to the existing compact form and character of the village.”

At Staincross, the proposal was to build on one site with around 669 new homes and earmark a further site for 675 new homes in the future.
However, the inspector told the council: “Limited supporting technical evidence has been supplied in relation to capacity in local infrastructure, the impact of the proposed development and specific requirements to mitigate its impact.

“The effect of additional traffic movements on the local highway network is a matter of concern given the proximity and cumulative impact of other proposed developments including at Royston and Mapplewell.”

A spokesman for the Staincross Alliance said: “We have read the inspector’s comments in her letter to Barnsley Council with interest and are pleased to note that she has obviously taken on board the responses which Staincross residents worked extremely hard to prepare. In particular, this shows our concerns around the lack of capacity in local infrastructure, effect of additional traffic movements etc were justified.

“In addition to her comments, we would like to see all greenbelt to the north of Staincross preserved and note that whilst the Inspector has recommended that one of the two areas of land remain in the greenbelt there is still a risk that the other area may be designated as land ‘safeguarded for development’.

“We would urge the inspector and Barnsley Council to leave both areas of land in the greenbelt to ensure that they can be preserved and enjoyed by future generations. The area is also a habitat for a significant amount of wildlife. We would not want the potential development of just one of the two areas to be the start of further encroachment into the greenbelt.

“We would also like to thank Barnsley Central MP and Mayor of South Yorkshire Dan Jarvis for his advice and support. We hope to be able to rely on his continued support for the next stage of our campaign to preserve all areas of the greenbelt.”