Victim hopes man who abused her 'rots in jail' 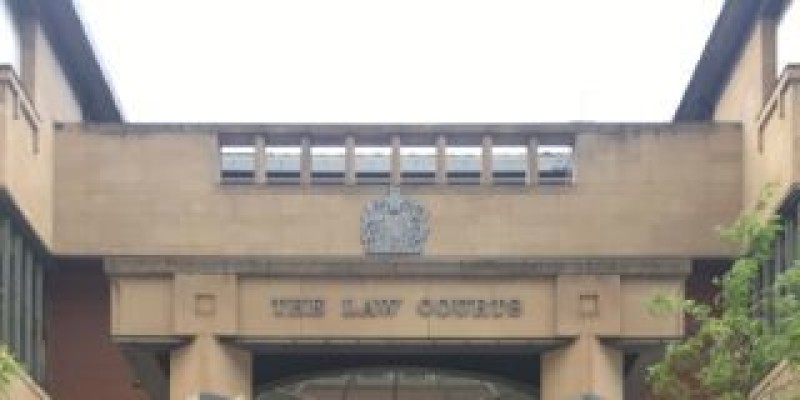 A BRAVE woman who was sexually abused as a child has spoken out about her experiences in the hope of encouraging other victims to come forward.

The victim, who can’t be named for legal reasons, is in her 40s, and said she hopes the perpetrator, Stephen Marples, rots in jail.

Marples, 61, of Bluebell Close, Darton, denied a number of historic indecent assaults on two girls under the age of 14 but was jailed for 11 years after being found guilty following a trial at Sheffield Crown Court.

He will be on the sex offenders’ register for life.

By speaking out, the victim hopes others will feel confident enough to speak to the police.

She said: “I hate to think that there could be young girls out there scared to go out of their own front doors because of monsters like him.

“It’s been a long and very difficult time going through all the interviews and sitting in court with him. Going back over everything rips your life to pieces but I’m glad that I went through with it and I can start putting my life back together now that justice has been done.

“When he got 11 years, he got what he deserved and I hope he rots in there for a very long time.”

For many years she didn’t realise anything was wrong.

She said: “He made me think that it was normal. I didn’t know any differently, I just thought it was something that happened to everyone.

“It wasn’t until I got my first boyfriend that I realised it wasn’t right.”

The victim tried to tell her family at the time, but it wasn’t until a few years later when she confided in her boyfriend, that he told police. In 2004, an investigation was launched but there was not enough evidence to take the case to court.

Then, ten years later, a second victim came forward naming the same man, and officers were able to reopen the initial complaint.

“When the police contacted me, I was relieved that someone else had come forward. I’d managed to get my life back on track after a very difficult period, so it wasn’t an easy decision to go through with it. Despite that, I would encourage anyone who has been abused to come forward. It is a really difficult thing to do but if it puts another selfish pig behind bars, then something good can come of it.”

Investigating officer DC Emma Shipley said both women had been ‘exceptionally brave’ to speak out.

She said: “I can’t stress enough, what strength they have both shown in coming forward. I hope the sentencing will provide some closure for them and help them feel like justice has been done. The biggest fear of a lot of victims is that they won’t be believed but I can assure you that you will be believed and you will be supported.

“If you have been a victim, please do come and speak to us as we have a dedicated team in place to help you throughout the process.”

South Yorkshire Police is running a Full Stop campaign to reassure victims of sexual offences that support is available.

Victims can speak in confidence by calling 101.